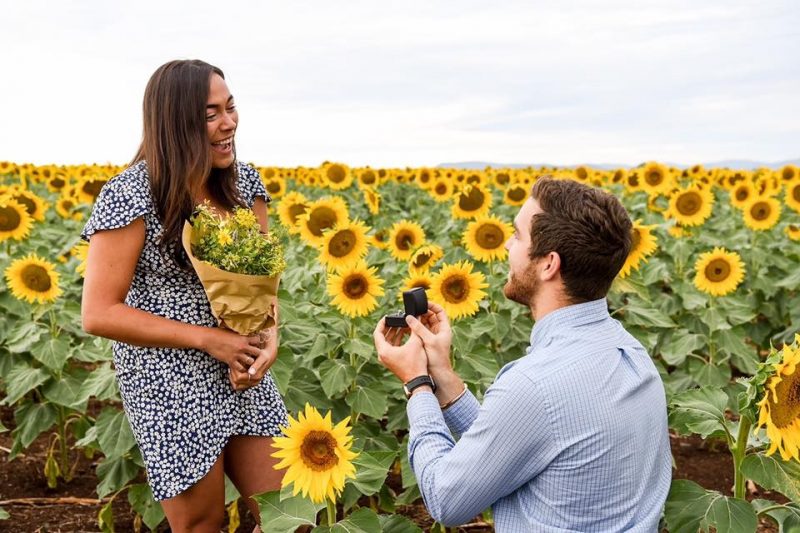 During the course of the workshop she took the idea of planting a sunflower maze and, with the help of mentors and experts, developed it into a full-blown proposition. She had been struggling with how to turn the 2260 followers of her Sunflower Alerts site into a tourism venture that could bring all-important dollars to the Quirindi region.

“We have the closest sunflowers to Sydney and, en masse, they attract hundreds of young people who want to photograph them and be photographed amongst them,” Nikki said. “These people are part of a demographic who don’t generally visit regional Australia and they are active bloggers, Instagrammers and influencers.

“Every year we get at least one man wanting to propose to his girlfriend in a field of sunflowers; it’s been absolute madness. But farmers don’t like people coming onto their private property and trampling their paddocks. They also rotate their crops and fewer sunflowers are being grown each year.

“I had talked to the council, farmers, agronomists and friends about how to capture this market, like the mazes we see in Europe and the United States, or by holding an annual event that combines some agricultural education. The RISE (Regional Innovation. Sustainable Entrepreneurship) start-up was a chance to make it more real, because once the idea is out there, you have to pursue it. The mentors were fantastic. It was like diving into a pool of brains and trying to stay afloat!”

Nikki’s sunflower maze idea won the people’s choice category in a line-up that featured strong nature and technology proposals. The overall winner voted by a panel of regional tourism and business experts was Emily Bowman, who would like to develop a rail trail between Tamworth and Barraba.

Judges also commended UNE PhD candidate and technical officer Michael Price, a systems engineer, for his idea – a platform that integrates blockchain and geospatial data to allow businesses to organise and track their transactions with customers.

“It’s a contract-based system that enables regional business to have transactions with customers without the need for a bank,” Michael said. “They could use it to develop loyalty rewards or tourist dollars that customers can redeem with other participating businesses. In this way they can recognise, incentivise and reward their customers.

“It’s also a great way for businesses to directly market to and track their customers, especially those living outside the region, like international tourists. I see it not only enhancing the customer experience but also widening opportunities for regional businesses to benefit from tourism.”

All four winners from the event, supported by Tamworth Regional Council, will now receive mentoring and support from the Tamworth incubator’s staff to develop their ideas.

Caption: Liam McDonnell proposes to his girlfriend Illiana in a field of sunflowers on the Liverpool Plains. She said “Yes!”