Published 22 February 2018
“The advice that I was given a decade ago: please consider what higher education might provide in terms of professional and personal development”, Dr Grant Pink, UNE alumnus. 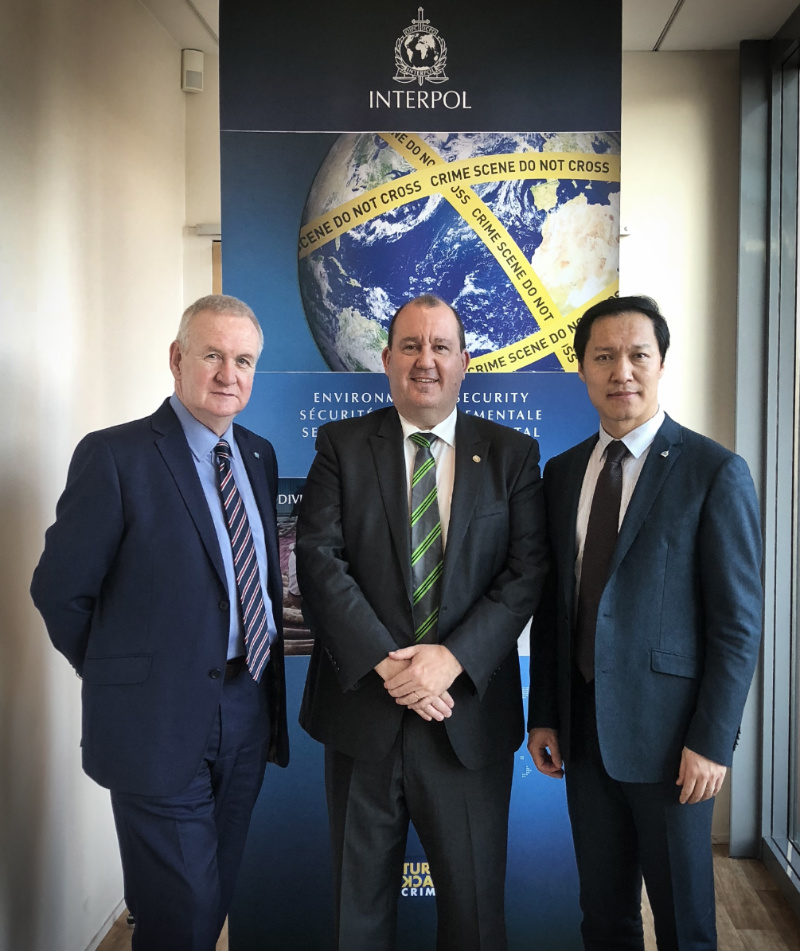 Dr Pink was mid-career when he first took up higher education studies. Here, he reflects on how his life as a practitioner has been profoundly enriched and advanced by his academic work.

What prompted you to undertake higher education when you were in mid-career?

For the first 18 years of my working life I was frequently encouraged to consider the benefits of higher education. However, the reality was that I resisted this advice. I was happy being a practitioner, and as a practitioner you advance through the system based upon a combination of ‘years in service’ and technical proficiency. If a qualification is required, it tends to be vocational rather than academic.

In 2006, I was at a point in my career when I was transitioning from being a team leader/supervisor to a management position. During my annual workplace performance and planning review with my manager I was told in no uncertain terms that I would not be promoted further until I could demonstrate that I had the ability to complete a course of self-directed studies at postgraduate level.

Although it his came as a bit of a shock, it was fair comment: at the time I was working in a government agency where 75% of staff had a postgraduate qualifications.

That discussion, as it transpired, turned out to be a career-altering moment. I could no longer look away from the benefits of higher education in terms of my professional career.

Did you intend on working through to a PhD from the outset?

When I started studying it was simply to obtain a post graduate qualification (at either Graduate Certificate, or Graduated Diploma level) to achieve the threshold requirement in order to be promoted.

However, I quickly realised that I enjoyed study, particularly the research aspects, and that I wanted to do more than analyse and synthesise the work of others. This led to a Masters by research, which enabled me to make an original contribution to my field of practice and body of knowledge.

As someone working full-time, I was able to treat each course of study as a building block of my work and education. My Graduate Certificate and Graduate Diploma were building blocks that informed the Masters. In turn the Masters was then built upon and informed my PhD.

How did you find your experience of distance learning at UNE?

It was fantastic and seamless. I was not disadvantaged in any way by undertaking studies through distance and remote learning. All of my experiences were positive and could not be faulted, irrespective of whether they related to my interaction and relationships with my academic supervisors, administrative aspects, access and use of library materials, and email or IT issues.

It was only after graduation that I learned of the Good Universities Guide had awarded UNE a five star rating (the highest rating) for “Student Experience” for the 12th year in a row. This does not happen by chance. It is a reflection that UNE has been doing distance education for a long time, and doing it extremely well.

Highlights of your educational journey?

There were a number of highlights throughout my PhD journey. I think the standout ones include the fact that:

What was your PhD thesis?

In numbers: One thesis in the form of PhD by Publications, integrating and synthesising 13 publications, running to 477 pages and 133,ooo words.

What opportunities has your mid-life education opened up for you?

Lots! Higher education has had a profound impact on all aspects of my life including career, professional development, and personal growth. For example, I say:

How did the Interpol position come into being, and what will it mean for your career?

A large part of my job as a senior regulatory manager in the Australian Government’s Environment Department between 2006 and 2016 involved working with national and international peers and bodies. At the national level this included the Australian Customs Service, Australian Federal Police, Australian Quarantine and Inspection Service, and other agencies with an interest in transnational environmental crime. At the international level this included peer regulators and intergovernmental organisations, including the Secretariat for the Convention on International Trade in Endangered Species, United Nations Environment Programme, United Nations Office of Drugs and Crime, World Customs Organisation, and INTERPOL’s Environmental Security Directorate.

It 2008 INTERPOL began increasing its global efforts to reduce the impacts of environmental crime. I attended several key meetings on these themes between 2008 and 2015.

In parallel, I was completing my PhD between 2012-16. Given the topic, I actively involved INTERPOL member countries, member agencies, and key personnel in the research process. I was able to provide status updates and interim research findings when presenting at INTERPOL conferences and meetings.

In 2017, the INTERPOL ECEC-AB began to explore what role a more considered and coordinated relationship with academics and research institutions might yield.

As a result I was supported by UNE, in my adjunct capacity, to attended meetings in Edinburgh and Lyon to advance this role. At this month’s meeting, held at INTERPOL’s General Secretariat at Lyon, the INTERPOL ECEC-AB appointed me as the Academic Liaison in my capacity as Adjunct Associate Professor at UNE.

I think this reflects very well on UNE in terms of the quality of its research teaching and the standing of its alumni. It highlights the type of ongoing contribution the University’s adjunct cohort can offer.

I just want to simply to pass onto mid-career practitioners the advice that I was given a decade ago: please consider what higher education might provide in terms of professional and personal development.