Published 05 December 2017
It’s like something out of a gangster movie. Coalitions, mob behaviour, individuals betraying one another, secret codes. Life for a noisy miner is full of mischief and intrigue. 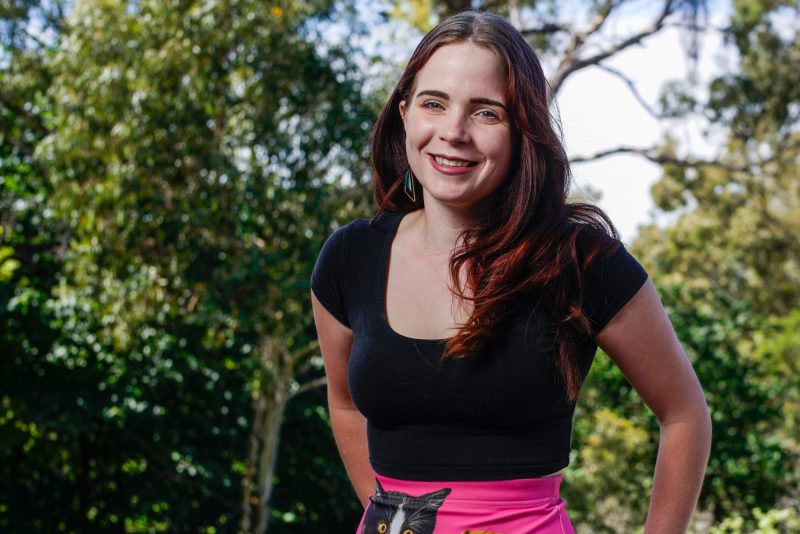 It’s like something out of a gangster movie. Coalitions, mob behaviour, individuals betraying one another, secret codes. Life for a noisy miner is full of mischief and intrigue.

“Noisy miners can recognise each other based on their vocalisations; they know who can be trusted and who can’t, and are capable of at least 13 different vocalisations.

“The research our laboratory conducts has opened my eyes to how intelligent noisy miners are and I’ve developed a new-found respect for the species.”

Having grown up as a Jane Goodall devotee, intent on studying primates, Lucy took a little convincing to take up the challenge of investigating brain size and the development of communication in noisy miners.

But the highly social miner (Manorina melanocephala) is already revealing a few secrets about how animal behaviour, cognition and brains are shaped by the environment – secrets that could cause us to reconsider avian intelligence.

“We’ve discovered that miners have a complex communication system, similar to primates and dolphins, and they are capable of performing tasks, such as identifying intruders and feeding the young of others, that rival non-human primates,” Lucy said.

“Recent studies have found that even birds with small brains possess more neurons in the pallium (the outer wall of the cerebrum) than some primates, which could suggest that ecological factors drive cognition and the evolution of a vocal repertoire more than brain size.”

Miners form coalitions (co-operative groups) of generally less than 10 birds (but sometimes up to 50) and tribes of up to 25 individuals that can change over time.

Senior females control the territory, but birds in the coalition help each other to rear young and mob intruders.

“Noisy miners co-operate regardless of their relationships, which is rare for a bird species,” Lucy said.

“I’m trying to understand how they facilitate and maintain co-operation, mostly through vocalisations.

“While they can recognise each other based on their vocalisations, it seems that there are some liars in the different groups.

“For example, younger individuals are thought to be less reliable and might sometimes raise the alarm by mistake or simply due to innocence – like when children cry after a fall, even when they are not injured.”

Alarm calls are not uncommon in the bird world, but noisy miners have two: a high-pitched series of short calls warning of an immediate threat (like a bird of prey approaching); and a second alarm called a chur call, which warns of terrestrial threats (such as a snake or perched raptor).

“The alarm call is really interesting because it seems to be encoded with all sorts of information about the degree of danger, what the threat is doing and how far away it is,” Lucy said.

“It’s a very informative alarm system so that the birds can respond appropriately and only use as much energy as they need to in order to keep safe.

“If you are busy eating, the last thing you want to do is to leave a good nectar source unnecessarily.”

So what does this cranky little bird known for its incessant calls stand to teach us?

“I hope my research opens up some new pathways into understanding the evolution of language,” Lucy said.

“The thinking is that the more social you are, the more ‘words’ you have to remember.

“They may have small brains, but I’ve found that noisy miners are capable of remembering a variety of different vocalisations.

“Is this assisted by their brain size or could intelligence be better measured by the complexity of their vocalisations?”

Decoding the miner ‘language’ could also have applications for the conservation of some of Australia’s less conspicuous birds.

“Noisy miners like to live in temperate eucalypt woodlands but we are losing these habitats across Australia,” Lucy said.

“Miners appear to be benefitting from this habitat fragmentation and are moving, increasingly, into urban environments, where they have adapted to the presence of humans.

“However, the noisy miners move in and kick out many smaller bird species and begin to dominate.

“A better understanding of miner behaviour and interactions, and maybe even their co-operation with other birds, will be of great ecological importance.”