Published 08 November 2017
Nearly a decade of scoring the health of catchments from Port Macquarie to the Queensland border has earned the Aquatic Ecology and Restoration Research Group (AERRG) a prestigious national award. … 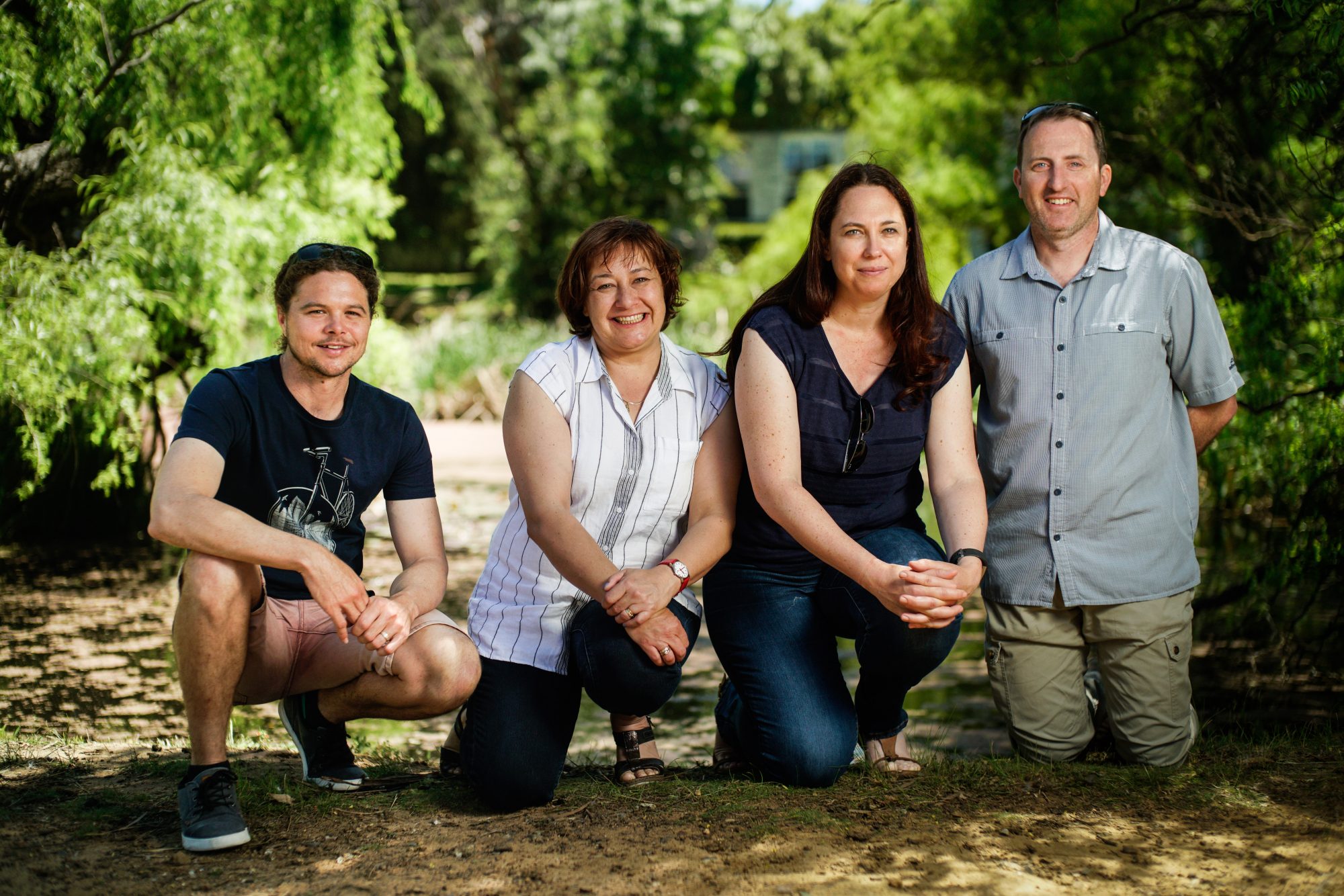 Nearly a decade of scoring the health of catchments from Port Macquarie to the Queensland border has earned the Aquatic Ecology and Restoration Research Group (AERRG) a prestigious national award.

UNE’s research group’s Ecohealth program informs regional councils and other waterway managers about critical indicators of river health in a format that brings ratepayers into the decision-making process.

AERRG’s Associate Professor Darren Ryder said it was a proud moment for the group and its Ecohealth River Report Card program.

“The judges commented that it was the quality of the science, strength of our partnerships and commitment to community engagement and education in river health that made our program stand out,” he said.

“Universities are well placed to provide the science for natural resource management programs, but few commit to engaging with management agencies, local government and communities to improve ecosystem health.”

​It caps off a successful month for the AERGG, which was the only university finalist in the 2017 NSW Green Globe Sustainability Awards for Public Sector Leadership.

After nearly 10 years of monitoring, A/Prof Ryder and his team are now returning to some of their 400 study sites for the second and third time.

The team is preparing to release its first report card for the Nambucca River and is beginning a landmark survey of the Hawkesbury-Nepean.

“Our work encourages councils and their residents to take ownership of their rivers in a way they haven’t done before,” A/Prof Ryder said.

“We help them identify where the problems are, and to work to address them.”

In the Bellinger River system, for example, Ecohealth recommendations led to the rehabilitation of a few hundred metres of eroded riverbank, which is already improving water quality.

Concrete structures have also been installed off the bank to create fish habitat, to the delight of recreational and commercial fishers.

“Our underwater cameras are showing that bream, mullet and bass are returning to these stretches of river, and the positive changes in water quality can be of major commercial benefit to the oyster growers downstream,” A/Prof Ryder said.

“Some of our fish surveys are the first comprehensive assessments in those rivers, which is providing NSW Fisheries with new data. We found a freshwater lamprey in the Macleay Valley that had never been found on the North Coast before.”

The team develops indicators for each catchment (like water quality; the diversity and abundance of zooplankton, macro-invertebrates and freshwater fish; the condition of stream bank vegetation; and channel characteristics) and tests them at hotspots along its rivers at regular intervals.

The final report card, which is delivered to ratepayers with their rate notice, as well as to schools and local community groups, gives a grade for each of the indicators, a score for each individual site and an overall catchment score.

“We’re aiming to build an understanding of river health over a four-year cycle and to help governments and councils target their actions – like riparian plantings, weeding or opening up causeways to allow fish passage.”

“When rate levies have been created to fund environmental work, it’s important to be able to assess changes to the river environment.”

While maintaining the health of rivers is a large and complex task, Ecohealth’s monitoring brings together sampling that may have been done by government and natural resource agencies, environmental groups or community organisations under a standardised sampling and reporting process.  And whether it’s an ‘A’ grade or an ‘F’, the AERRG team can always find a positive to highlight the potential to improve river health.

“Every catchment, no matter how bad, has sites that are doing well, and it’s important to showcase those sites,” A/Prof Ryder said.

“We need to ask how and why they are doing well and apply those principles elsewhere. Our role is to gather the evidence for those who can influence change. I’m very optimistic.”