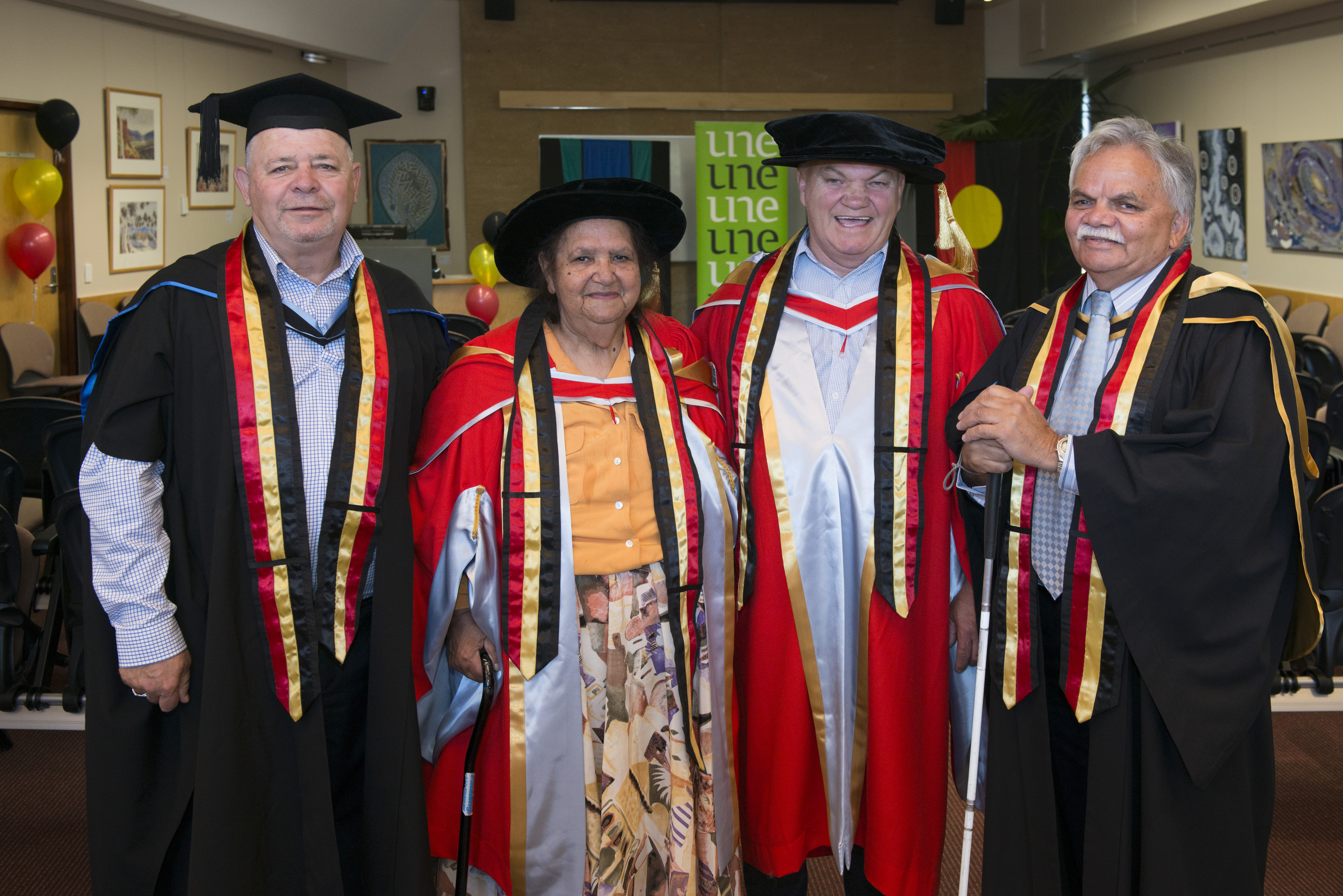 Professor Jack Beetson and Mrs Dianne Roberts have been each been awarded with an Honorary Doctor of Letters honoris causa (HonDLitt) for their lifelong contribution to the development of Aboriginal education.

Professor Beetson, a Ngemba man from Western NSW, has worked in the field of Aboriginal affairs nationally and internationally. He was convenor of the inaugural Indigenous Education Committee of the Asia and South Pacific Bureau of Adult Education; led the formulation of UNESCO’s first manifesto on Indigenous adult education, and in 2001 was awarded an United Nations Unsung Hero award for his work on reconciliation.

In 2008, Professor Beetson was appointed as a UNE Adjunct Professor.

Dianne Roberts, a Dhungutti woman originally from Bellbrook, has devoted her life to the education of Aboriginal and non-Aboriginal people. That work began as a volunteer mother with Mininbah School in 1971. She served as a cleaner, bus driver, education assistant before becoming Director of Minimbah Aboriginal Pre-School in 1987 and Principal of the Primary School in 1997 – a position she held until 2013.

Mrs Roberts was awarded an Order of Australia in 1984 in recognition of her contribution to the education of Aboriginal children.

“This is the first time in the history of UNE that honorary doctorates have been bestowed on Aboriginal people,” said Director of the Oorala Aboriginal Centre, Greg Davison. “It represents another step in UNE’s decades-long project to support Aboriginal and Torres Strait Islander people through education.”

The number of Aboriginal and Torres Strait Islander Students at UNE has grown, with support from the Oorala Aboriginal Centre, from a mere handful 30 years ago to more than 850 enrolled students in 2017.

The University of New England Spring Graduation brought the total of Aboriginal and Torres Strait Islander Students who have graduated from UNE to over 800.