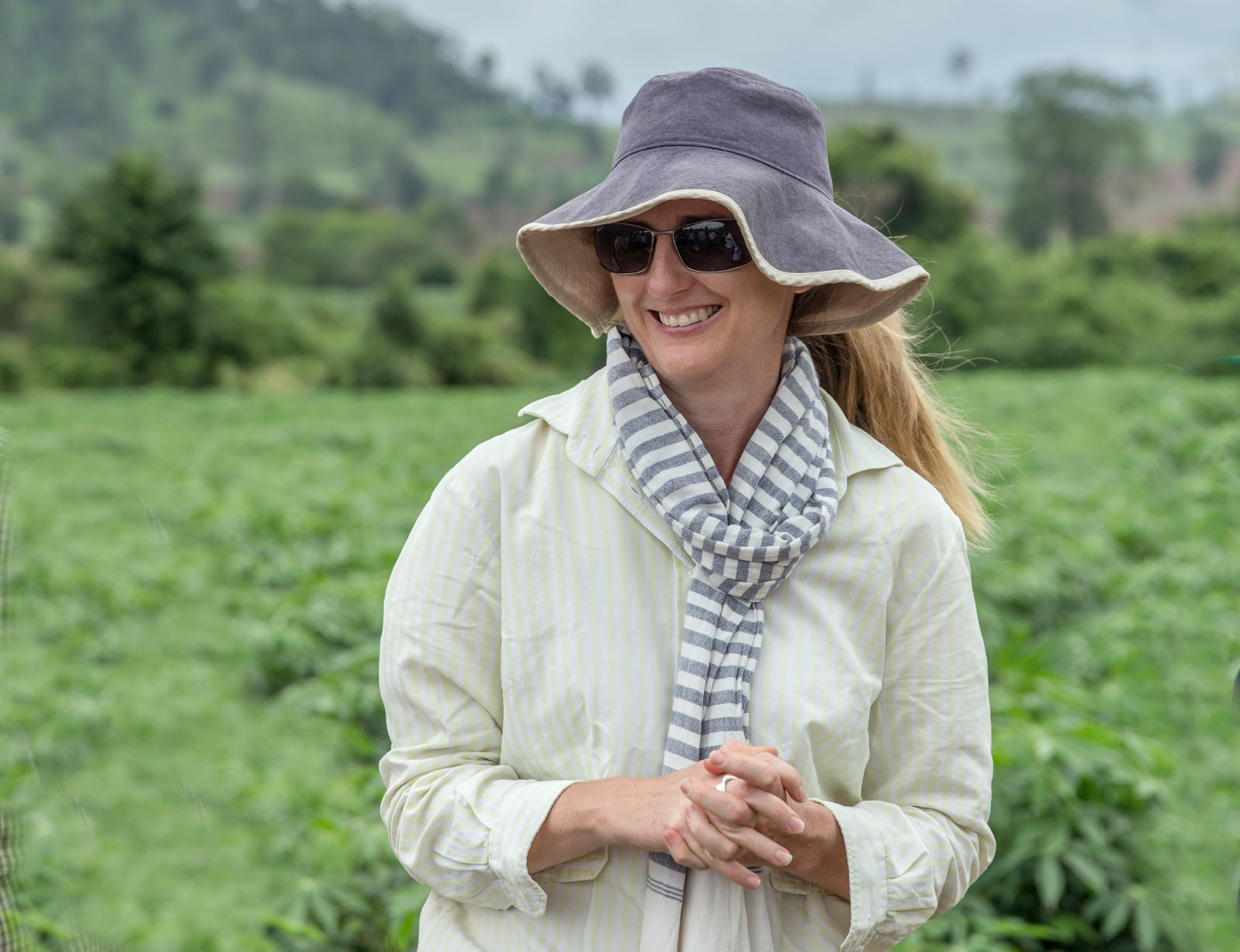 Working in the remote north-western provinces, she has come face-to- face with an aggressive king cobra and staved off numerous attacks from monkeys, rats, civets, birds, insects, dogs and humans intent on devouring her research.

But always there’s been a far more sinister and ever-present danger lurking below ground. The long-standing Cambodian-Vietnamese civil war that officially ended in 1998 left a horrific legacy – countless deaths, thousands of displaced people and hidden landmines throughout the countryside.

Despite ongoing mine clearance, the north-west region remains the most heavily landmined area in Cambodia and has the highest global rate per capita of amputees, most of them injured by unexploded ordnances.

The clearing of the upland forests for farming only began in the upper catchments of the Battambang and Pailin provinces in earnest 20 years ago. Infrastructure and essential services like roads, health care and education remain limited.

It is here that Stephanie has worked on and off since 2003 to boost crop yields and encourage farmers to transition to conservation farming techniques like no-till. Eliminating ploughing benefits the soil and the broader environment, but in mine-riddled paddocks it can also save lives.

Methods commonplace in Australia today, but revolutionary in a developing country with limited upland crop farming experience and no comprehension of how to combat soil erosion and run-off.

“The topography of the region is undulating and farms are subject to extreme climatic events – from droughts to monsoonal rains,” Stephanie said.

“Most farmers experience cash flow shortages at certain times throughout the year, and would like to increase the profitability of their farming systems.”

Cambodian upland farms are typically small, unfenced lots that comprise an area of cropping in combination with cattle grazing, and while tractors are used to prepare land for sowing, all other farm work is done manually.

Stephanie has shown that it’s possible for farmers to establish crops before the monsoon rains begin by retaining crop residue, and that it’s more profitable to use mulch on their crops than feed it to their cattle or burn it.

“Retaining crop residues is something practical that farmers can easily do to improve the sustainability of their system, both economically and environmentally,” she said.

“Our research has wide-reaching applications for many other communities and developing countries.”

Stephanie graduated from UNE with a Bachelor of Rural Science, and had begun work as a district agronomist with NSW Agriculture when the opportunity arose to work in Cambodia with ACIAR.

“I immediately fell in love with the environment,” she said.

“I was fortunate to work in areas with beautiful soils and what remains of lush forests, and the people were very warm and welcoming.”

Although the field work has been challenging, Stephanie said learning to speak the local language has helped her to gain the trust of farmers, many of whom are now slowly adopting her recommendations.

“For some time I contracted a widow, Ms You Pong, and her four children to help with my research,” she said.

“At first, I am sure she thought I was crazy, with these ideas of not ploughing the soil and growing crops in the dry season.

“But the family came to follow the results closely and trial some of the methods themselves. Ms You Pong has been able to educate her daughter in veterinary science and to expand her cattle herd thanks to improvements to her farm income.”

As well as running a small consultancy, Stephanie is now working as a field research leader on a second ACIAR project that is investigating the uptake of agricultural technologies and best practices by farmers. It will explore how they make decisions within the contexts of their lives, to help guide future extension activities.

“It’s often two steps forward and five steps back, but there is great satisfaction in being able to help people who really need it,” said Stephanie, whose work was recognised in March when she was awarded the UNE Chancellor’s Doctoral Research Medal.

And her close ties with UNE continue. For three years Stephanie has helped to organise and run an optional subject in international agricultural systems for Rural Science and Agricultural Business students.

She is also a Crawford Fund eMentor for an ex-UNE student working in Laos, and over the next two months will host UNE work experience students and volunteers.

“There is very little technical support available to farmers and I mostly work in the north-west of Cambodia, but I am looking to expand into other parts of South-East Asia, such as Laos and Myanmar,” Stephanie said.

“Studying at UNE is a great gateway into international development.”