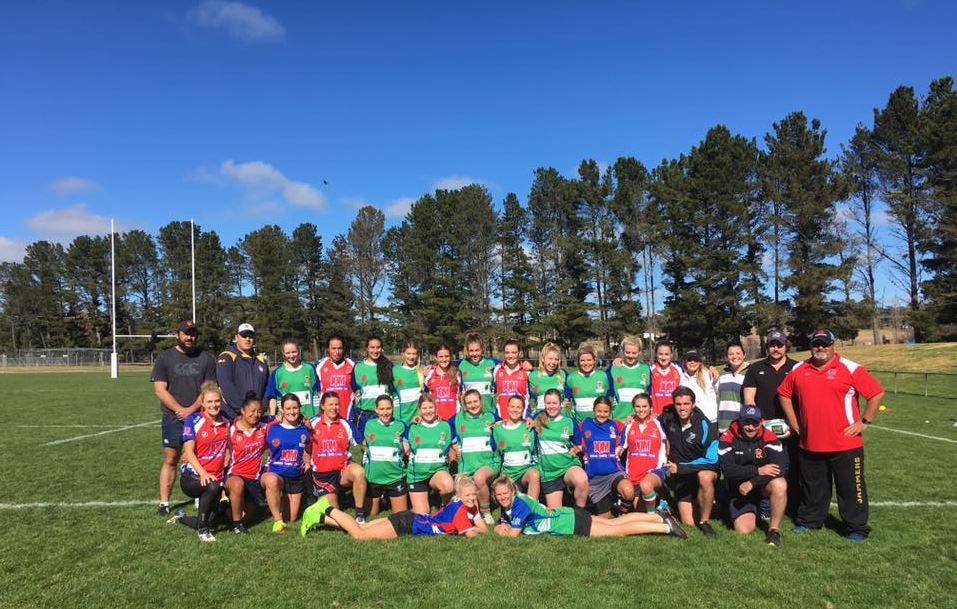 Almost forty women attended the camp, Mr Walsh said the program is vital to the development of our national players and SportUNE’s High Performance facility is the perfect environment to attract high performance athletes to the region.

“I am very impressed with the facilities here; within the UNE campus you have seven residential colleges only 300 metres away from an exceptional sporting facility. This is the ideal environment to develop our nation’s next athletes. I think this is evidenced by the distance some of these athletes have travelled to be involved with the UNE Lions program. It is great to see.”

UNE Lions Head Coach Mr Tom Bower said having Mr Walsh in Armidale provided an opportunity for the wider training squad to come together and learn from the very best in the business.

“This camp is the second to be held in Armidale at SportUNE and is a crucial part of developing the skill and strength of each player in preparation for the UNE Lions team to contest the Aon National University Sevens Series later in the year,” said Mr Bower.

“Very soon we will be selecting a final squad of 24 players for our elite squad, with the remaining players feeding into a development squad.”

“This weekend was an opportunity for our women to show what they’ve learnt throughout training and how they’ve developed as players over recent months,” he said.

This is the biggest opportunity ever for women in the region to crack into the women’s national rugby sevens scene and is a huge opportunity for the growth and development of the game in Northern NSW.

The UNE Lions team will be comprised of students and non-student players from right across NSW Country, including regional players from the Central North, Mid North Coast, Hunter and New England regions.

Australian Pearls players Hannah Southwell and Alicia Quirk will join forces with the squad in the final stages of preparations before the team competes in the Aon National University Sevens Series, starting on the last weekend of August.

UNE’s Exercise Science Department has headed up the strength and conditioning program to ensure the team is well equipped for the professional high performance environment.