Bounty mutineers’ language is still alive, but only just

Published 13 June 2017
The infamous mutiny on the HMAV Bounty became a story retold countless times over the past 228 years, but it also produced a unique island language that a University of New England linguist is raci… 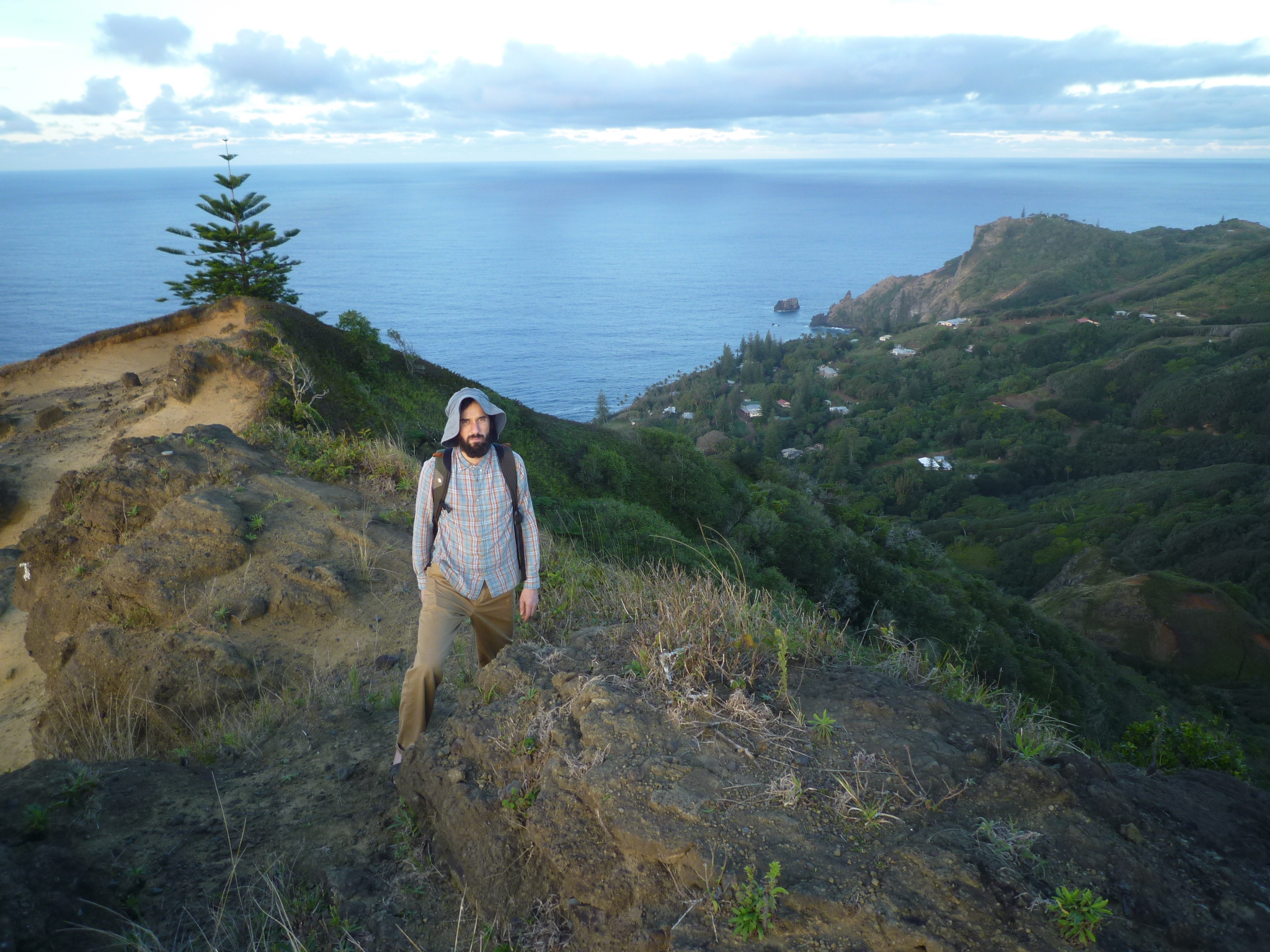 The infamous mutiny on the HMAV Bounty became a story retold countless times over the past 228 years, but it also produced a unique island language that a University of New England linguist is racing to document before it vanishes.

Joshua Nash, a postdoctoral research fellow in the UNE School of Behavioural and Social Sciences, spent three months living on Pitcairn Island, the small rocky South Pacific island that became the troubled home of the Bounty mutineers, to record a language that preserves elements of speech from two centuries ago.

Although others have written extensively about Pitcairn Island’s dramatic and troubled history, Dr Nash was the first professional linguist to visit the island.

“Thousands of books have been written about the Bounty; there’s an amazing fascination with Pitcairn Island and its people, yet few have considered the language, which is a core aspect of who the Pitcairners are,” Dr Nash said.

“This is a language that is dying, which few people have heard, and I now find myself documenting it for posterity.”

Dr Nash collected some 60 hours of audio and video recordings to capture the island language, Pitcairn, including words, expressions and more than 600 placenames with Bounty, archaic English or Polynesian origins.

Among the well-known Pitcairn Island placenames are Where Dick Fall, Breakim Hip, and Christians Cave, named for the head mutineer Fletcher Christian, who commandeered the Bounty from William Bligh in April 1789, then established a permanent settlement on the craggy volcanic island with nine English and several Polynesian pirates.

“Isolation, maritime tales, storied languages, and quirky characters have all led to a large degree of linguistic creativity in Pitcairn,” Dr Nash said.

“People are remembered in the names of plants and food and some individual idiosyncrasies have led to well-know expressions. For example, if one asks a lot of questions, people may say, ‘you semes Millie’ (you’re just like Millie) because legend has it that Millie Christian used to ask people a lot of questions.”

“Expressions such as this become more easily solidified in languages with small speaker numbers. On Pitcairn I found a complex layering of linguistic, place and people history.”

All the island’s remaining residents, other than the administrative staff, are direct descendants of the mutineers.

Within the Pitcairn language, Dr Nash found the history of the Bounty and its crew well preserved. “The extraordinary events of the past still play a dominant role in the lives and language of today’s Pitcairners,” he said. “However, only about 25 islanders still speak Pitcairn. Intergenerational transmission has almost ceased, and once that happens, any language is easily lost.”

Dr Nash became interested in the linguistics of Pitcairn Island after completing his PhD on the language of Norfolk Island. It was to there, in the mid-1850s, that the entire population of Pitcairn was moved due to overcrowding (Pitcairn Island measures just five square kilometres). Some relocated families subsequently returned to the island, but the population has never exceeded 250.

Their isolation (36 hours by boat from the nearest settlement, at Mangareva in French Polynesia) and scarcity (today’s total population is just 46) make the Pitcairners a linguist’s dream subject.

Dr Nash is now working on a book about the island and its spoken word. “I love this language,” he said. “It is really connected to the environment and the history of Pitcairn Island, and I feel privileged to be studying a language that few people on the planet now speak.”

IMAGE: Joshua Nash at Gannet’s Ridge, Pitcairn Island, with the settlement of Adamstown in the background. (Credit: Joshua Nash)