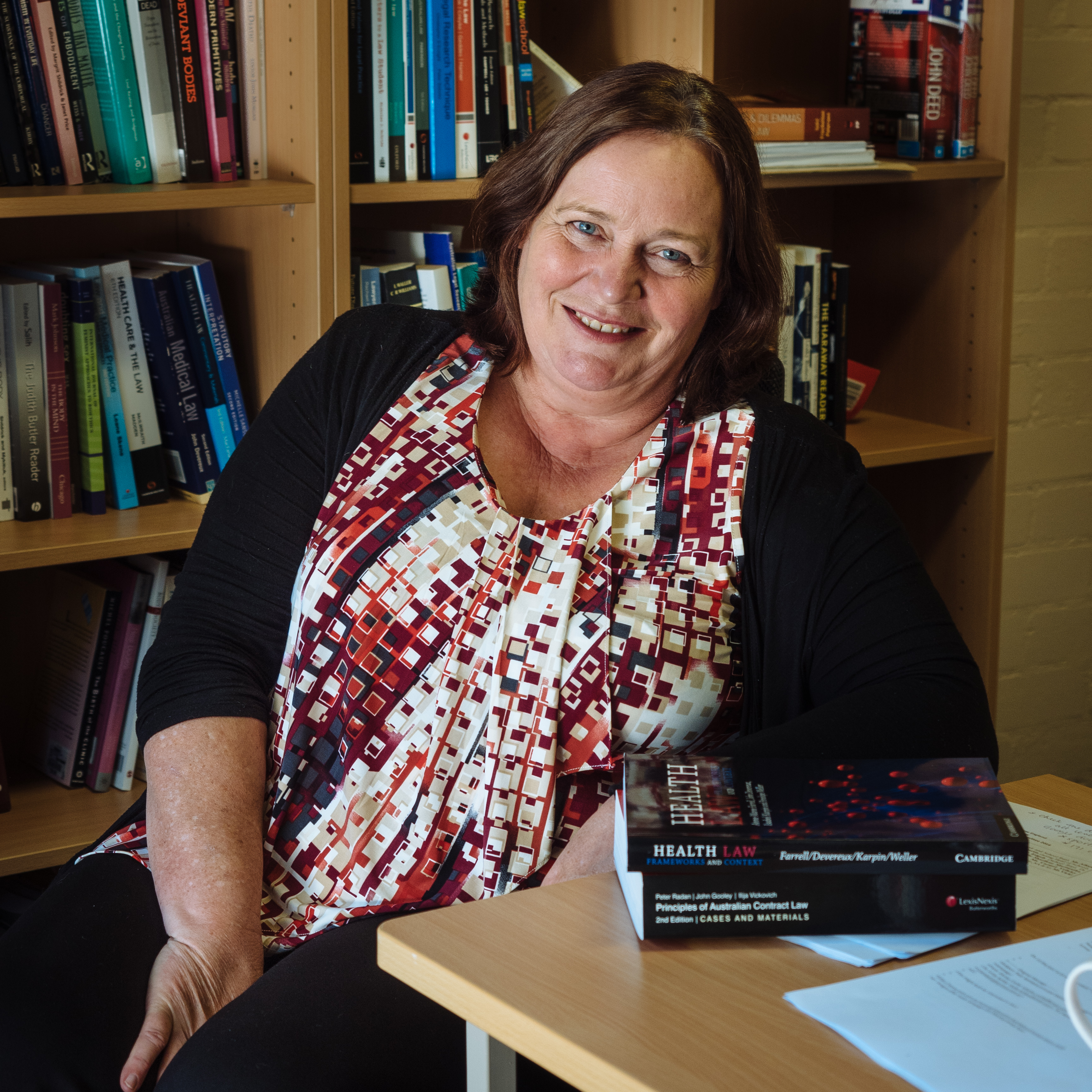 UNE academic Aileen Kennedy is helping to advise the Australian Human Rights Commission (AHRC) on a complex inquiry into the medical rights of people who are born with a combination of male and female biology – a condition that is thought to affect at least 1 in 1000 Australians.

Ms Kennedy is one of just a handful of legal researchers internationally studying the law relating to intersex people. She hopes that her contributions to the AHRC expert reference group, along with those of medical experts, parents and intersex people themselves, will help to change both legal and medical practices.

“Australia is failing in its treatment of intersex people,” said Ms Kennedy. “Intervening medically before a child is old enough to consent is a breach of international human rights. Some treatments involve sterilisation and irreversible and life-changing procedures – and these are commonly performed before the age of two.”

Intersex people are born with biological traits that are not fully male or female or with characteristics of both. It is common to intervene at an early age to assign a gender, involving complicated surgery and a program of life-long hormone therapy.

Australia is failing in its treatment of intersex people

A 2013 Senate committee found that there is no medical consensus on how and when surgery to assign gender should be performed. It recommended that surgery be delayed until the child can give fully informed consent, and proposed human rights-based guidelines to give multidisciplinary teams oversight of proposed treatments. However, Ms Kennedy said few of the committee’s recommendations have been adopted.

The AHRC is now assessing the current approaches to medical interventions in Australia in the hope of creating more clarity, consistency and transparency.

“What’s happening is wrong,” said Ms Kennedy, a lecturer in the UNE School of Law. “Parents can authorise drastic genital surgery for intersex children under two without a court order, yet an older transgender child capable of making an informed decision needs Family Court approval – and the courts have indicated they would never give such consent for surgery under the age of 18. It is inconsistent to allow non-therapeutic, irreversible and invasive surgery to be routinely performed on infant intersex children without court approval or some other independent oversight. It really is a form of genital mutilation.”

Ms Kennedy said she has spoken to adults who underwent surgery as children who now oppose medical intervention on human rights grounds. Once begun, assignment surgery is often ongoing as the child develops, and can cause a range of therapeutic and psychological issues.

Far from being rare, a range of intersex conditions are surprisingly common. “It’s as common as the trait of having red hair – about one in 1000,” Ms Kennedy said. “However, it is very hard to find out what’s going on because there are no records kept, mostly due to the stigma and shame felt by parents. This is a completely hidden phenomenon but one that causes lots of trauma and needs to be addressed.”

Parents of intersex children commonly make a decision whether the child should be raised and treated as a boy or a girl based on a specific medical diagnosis (ie what caused the intersex development), the hormonal balance, potential fertility and whether or not the genitals can be surgically shaped to look more authentically male or female. The next step is usually to bolster the sex assignment with medical and surgical treatment. This typically involves hormone treatment and genital cosmetic surgery. Parents can legally consent to most medical and surgical treatment for an intersex child.

In transgender people, a gender identity that is inconsistent with their biology develops (also known as gender dysphoria). If medical treatment is sought, it generally occurs in stages. The first stage is hormone treatment to suppress puberty. The second stage is hormone treatment to encourage sexual development in the sex of transition. Stage three involves surgery that may include breast reduction and genital cosmetic surgery. The Family Court has said that stage one is completely reversible, so parents can consent to it on behalf of their children. Stage two is irreversible and requires court approval. Stage three has never been approved, and the Family Court has said that surgery should wait until the minor reaches the age of 18.

While the law currently permits genital surgeries on intersex infants for therapeutic reasons, Ms Kennedy believes the reasons relate more to social and psychological attitudes. “Social and cultural conditioning makes our society very uncomfortable with the idea that some people might be biologically intersex,” she said. “The case for performing surgery on an intersex child is much less compelling than for a transgender minor seeking hormone treatment, for whom the suffering is very present and real.”

As part of her studies, Ms Kennedy is looking at current research that is investigating whether the development of gender identity occurs in the brain. If gender identity is a neurological phenomenon, this might have important implications for how law and medicine regard sex and gender.

“However, the danger is that brain-sex research can be infected by unexamined gender stereotypes and used to support ideological or political beliefs about male and female behaviour,” Ms Kennedy said. “My interest is primarily in whether a neurological explanation for gender identity will change the way medicine and law regulate body-changing treatment that alters a person’s biological sex traits.”