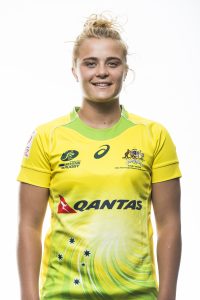 The University of New England squad, known as the UNE Lions, have been training as a wider training squad with satellites of players in the New England, Central North, Mid North Coast, Central West and Hunter regions of New South Wales.

UNE Lions head coach, Tom Bower said the coaching staff and local players cannot wait to link up with two of the best players in Australia.

“It is great news for our squad. To have two players such as Alicia and Hannah in our squad will be invaluable to not only our performance, but also to the education of rugby sevens for our local representatives,” Tom said.

“Alicia made the transition from touch football to sevens rugby and is generally regarded as one of the best players in the. She is an Olympic gold medallist and an inspiring sporting leader.

“Hannah is a natural sportswoman. She comes from a representative soccer background with the Newcastle Jets in the W-League. She has shown from a very young age that she has what it takes to be one of the best players in the world.” 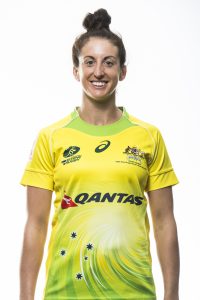 Both Alicia and Hannah are from country NSW with Alicia originally from Wagga Wagga and Hannah from Newcastle.

“Having two country New South Wales girls in the team is great. They’re both really excited to get as many country girls involved and having a go in the sport that has seen them shoot to fame.”

One such player looking to learn from the Aussie Sevens players is UNE Student and SportUNE Scholarship holder Kim Resch.

“It is such an amazing opportunity for our squad. To learn from and then play with two phenomenal female athletes such as Alicia and Hannah in a National Competition is something that really drives me to be my best,” Kim said.

This will not be the first time that Kim has played alongside Alicia, with the pair linking up at schoolgirl level for the U18 Australian Touch Football squad. Former World Rugby Sevens Player of the Year, Emilee Cherry was also in that team.

“I am really looking forward to reuniting with Quirky, she is a great team mate and an even better role model. I am looking to learn as much as I can about rugby sevens from her in the time she has with the UNE Lions”.

The UNE Lions will travel to Armidale for two development camps, with the first occurring on the 20th and 21st of May and the second on the 3rd and 4th of June. After the camps, the wider training squad will be reduced from around 60 players to 22 players as preparations for the Aon UNI 7s tournaments start to ramp up.