Published 25 May 2017
The bracing autumn waters of an Armidale dam have provided perfect training conditions for a University of New England (UNE) law student about to tackle a double crossing of the English Channel. If… 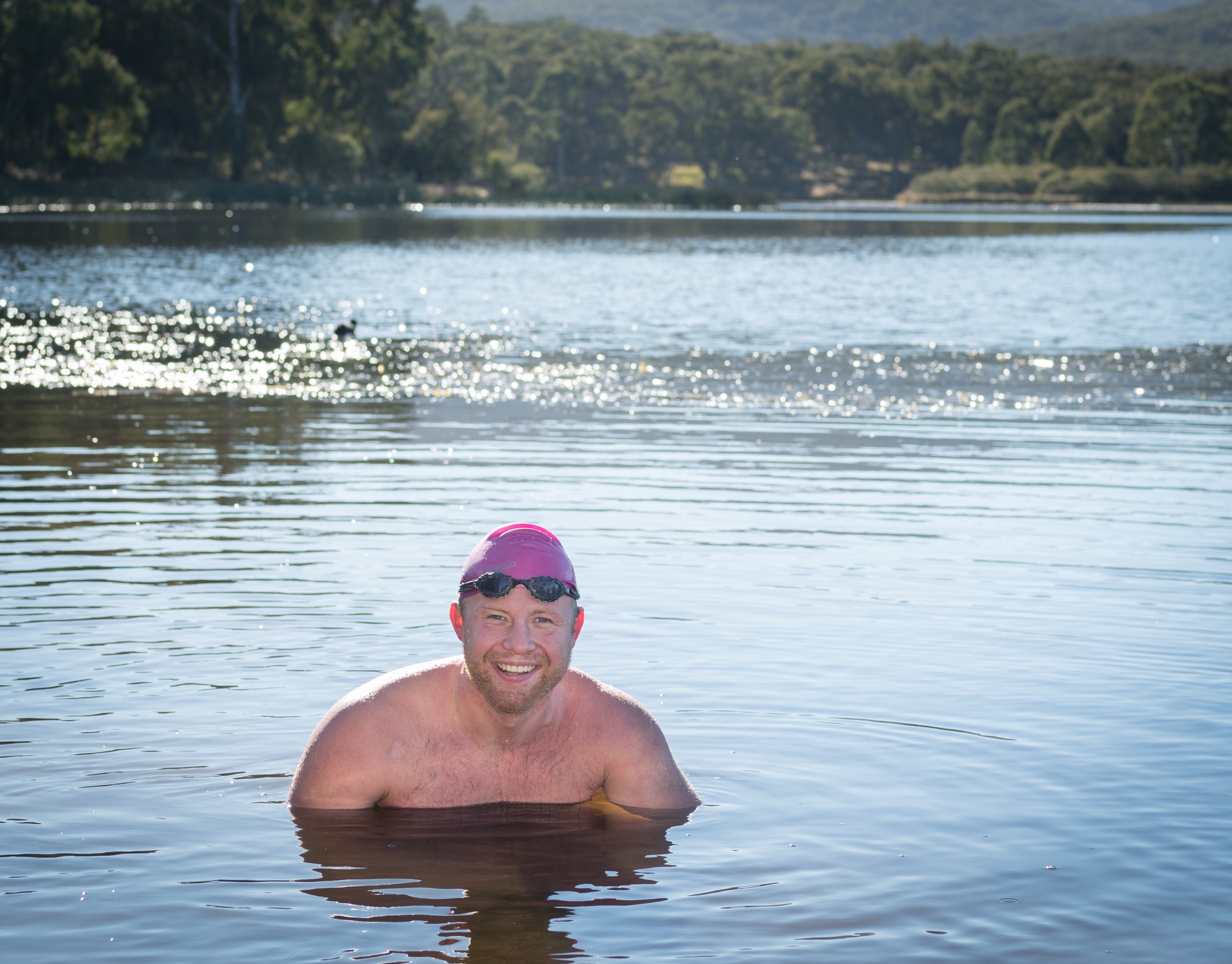 The bracing autumn waters of an Armidale dam have provided perfect training conditions for a University of New England (UNE) law student about to tackle a double crossing of the English Channel.
If successful, accomplished long-distance cold-water swimmer Tom Pembroke will become the first person to complete the 70-kilometre swim in the chilly month of June. But there’s a lot he’ll need to overcome before he steps out of the water in Dover.
“There are likely to be schools of jellyfish, water temperatures as low as 13°C and this is the busiest shipping channel on the planet,” says Tom, who is in his first year of a Bachelor of Law degree at UNE. “The tankers all empty their waste tanks, so there’s a lot of filth in the water, and the swell can make me very sick.”
Tom knows the hazards all too well, having swum the channel one-way in 2013 – a 15-hour effort that left him hypothermic and unable to eat for almost two weeks due to throat lacerations caused by all the salt water he swallowed.
Since then Tom has swum the Northern Channel (34 km) from Northern Ireland to Scotland, and last year completed the 34 km Catalina Island and 42 km Molokai Channel swims within the space of a week. He has used every one of his swims to raise money for charity, amassing almost $110,000 in support of SIDS and Kids, disabled children in Papua New Guinea, children with cancer, and MS. 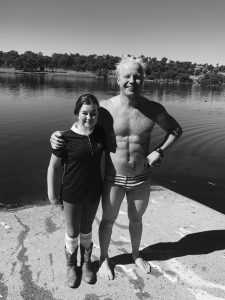 This double-crossing is in honour of Armidale teenager Sara Lynch, who was diagnosed with the blood cancer Acute Lymphoblastic Leukaemia at just 10 years of age.
Although he’s experienced everything from shark encounters and severe sunburn to jellyfish stings and injury, Tom says it’s nothing compared to the challenges faced by the Lynch family. “I want this swim to recognise the incredible spirit and bravery of Sara and her family,” he says. “Since her diagnosis in 2015 she’s had to undergo chemotherapy, and endured 16 operations, 13 lumbar punctures and six bone marrow tests. Sara has been lucky to have a loving, supportive family, but they have struggled with the financial, psychological and logistical challenges of her treatment in Sydney. This swim is for her and I hope to raise $30,000 to ease some of the pressures on the Lynch family and to raise awareness of the many other heroes that are personally dealing with cancer.”
Tom has clocked up about 40 km each week training in Dumaresq Dam, where the water temperatures of late have nudged 13-14°C. And he admits these challenging long-distance swims are rarely fun. “I don’t know if I like it; I just know that I’m good at it,” he says. “I like to push myself to a place I don’t think is possible.
“I have this unusual ability to be able to swim for long periods in cold conditions and if I can recognise people going through seriously tough times, then that’s a great gift. When I start to feel pain or get sick I think of them and what they have gone through. I might take on a tough environment for 24 hours, but these people have been struggling for years. Their heroics is my motivation.”
The Lynch family are making the trip to England to support Tom’s attempt. His coach Charm Frend, brother Michael and cousin Thomas Gurr, as well as Sara’s mother Linda, will comprise his support crew. Depending on the conditions, Tom expects the double crossing to take 20-26 hours.
Click here to support Tom’s swim.