Camera-trapping life beneath the Yucatán Peninsula

Published 08 May 2017
Mexico’s Yucatán Peninsula is associated with Mayan culture and vast strips of modern hotels, but it is the peninsula’s subterranean landscape and the animals that take refuge there that is the reg… 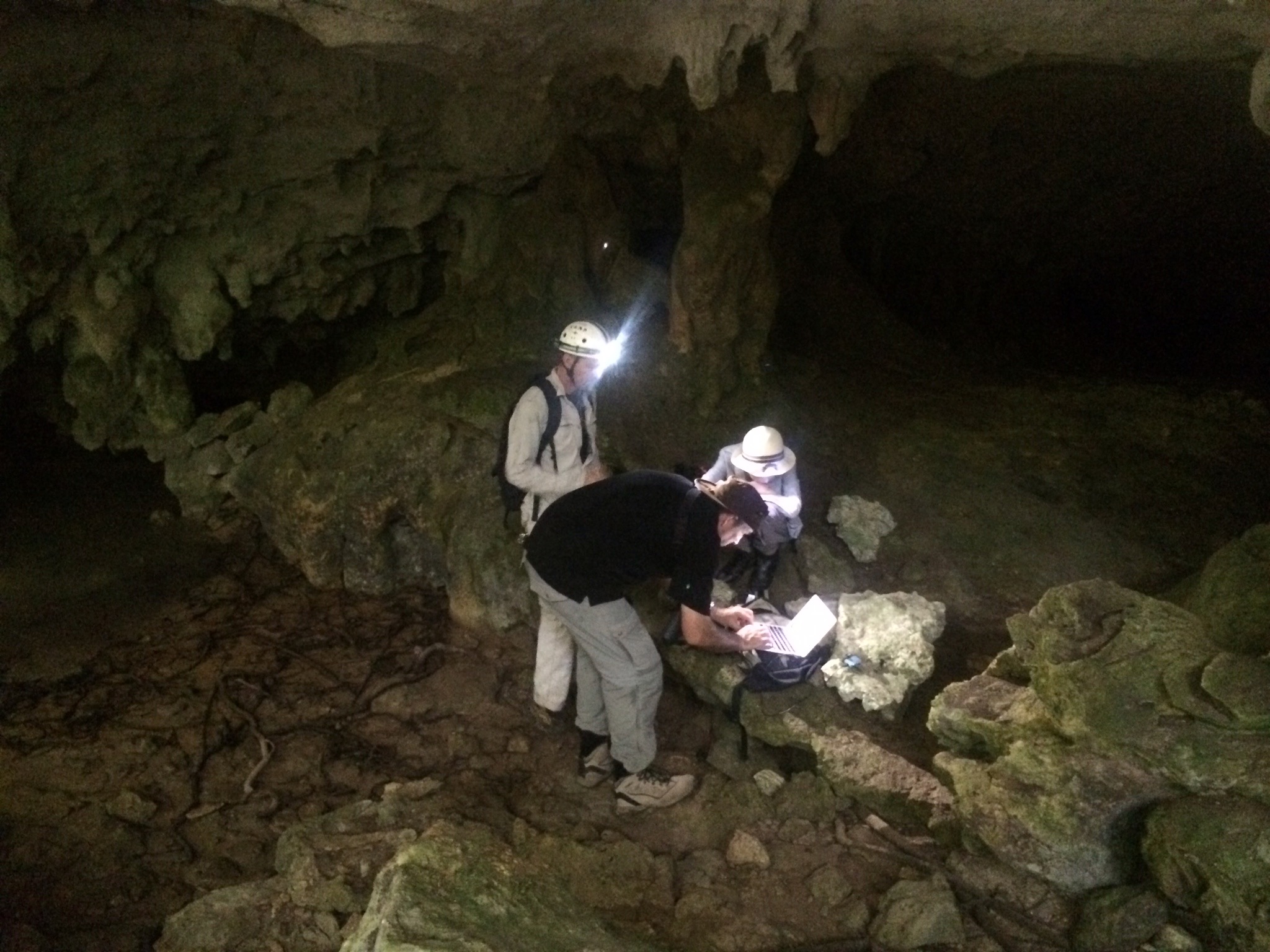 Mexico’s Yucatán Peninsula is associated with Mayan culture and vast strips of modern hotels, but it is the peninsula’s subterranean landscape and the animals that take refuge there that is the region’s attraction for UNE mammalogist Karl Vernes.

Later this year, Associate Professor Vernes, a camera-trap specialist, will return to Yucatán for a second time to run a project recording the extraordinary array of wildlife that inhabits the peninsula’s extensive cave networks.

His work, which may build a case for stopping the growing pollution of the cave systems, is being supported by the Robine Enid Wilson Research Grants Scheme.

An earlier camera-trapping project run by A/Prof Vernes in the twilight zones of Yucatán’s cenotes, the sinkholes caused when a limestone cave collapses in on itself, videoed a gallery of animals — jaguars, pumas, coatis, foxes, and tayra — that are largely invisible to the tourists in nearby hotels.

The cenotes are crucial to these and other animals, because the sinkholes are often the only source of freshwater in the jungle, and they provide refuge from the tropical heat.

A/Prof Vernes was initially invited to use camera traps to assess mammal use of the cenotes by Fred Devos of the Centro Investigador del Sistema Acuífera (CINDAQ), an agency dedicated to protecting the ecological integrity of the Yucatán cave systems and their water resources.

The caves and their water are mostly interconnected. CINDAQ is raising the alarm because poorly-sited sewerage outfalls from the hotel strips, and agricultural fertilisers and chemicals, are polluting the cave water, imperilling the lifeline of the Yucatán’s animal life.

CINDAQ hopes that by documenting the animals that use the cenote network to survive, ecologists will be in a better position to persuade authorities to improve regulations around activities that pollute the subterranean water systems.

“Our research will look at the ecological role that cenotes play in sustaining forest biodiversity,” A/Prof Vernes said, “and what biophysical features lead to some cenotes being favoured refuges over others”

“We will need to see whether there are linkages between the forest structure around a cenote, the cenote’s physical characteristics, and water quality, that collectively affect the abundance of forest mammals that use the cenote to survive. There is currently no published literature on the ecological role of the Yucatán’s cenotes.”

A/Prof Vernes’s initial trial work focused on one collection of cenotes near Akumal. With $14,500 in funding from the Robine Enid Wilson Program, he will over two further visits expand his camera trapping to more remote cenote networks.

Activity-activated video cameras will be used to record animal life in the forests around and within the cenotes, to show how the sinkholes are used by those same animals for shelter, water and reproduction.

Cameras will be swum through the cave systems by CINDAQ cave divers to more remote cenotes, which are little touched by direct human activity but whose water is being affected by the same pollutants entering the cave systems nearer human habitation.

A/Prof Vernes has had an extensive career in mammal ecology and conservation. He has worked as a researcher in Canada, Bhutan, and New Guinea, as well as widely across Australia.