Published 24 February 2017
Budding musicians can learn how to turn a riff into a marketable track in the new University of New England (UNE) “Music Technology Lab”, being launched today in Parramatta. Equipped with the lates… 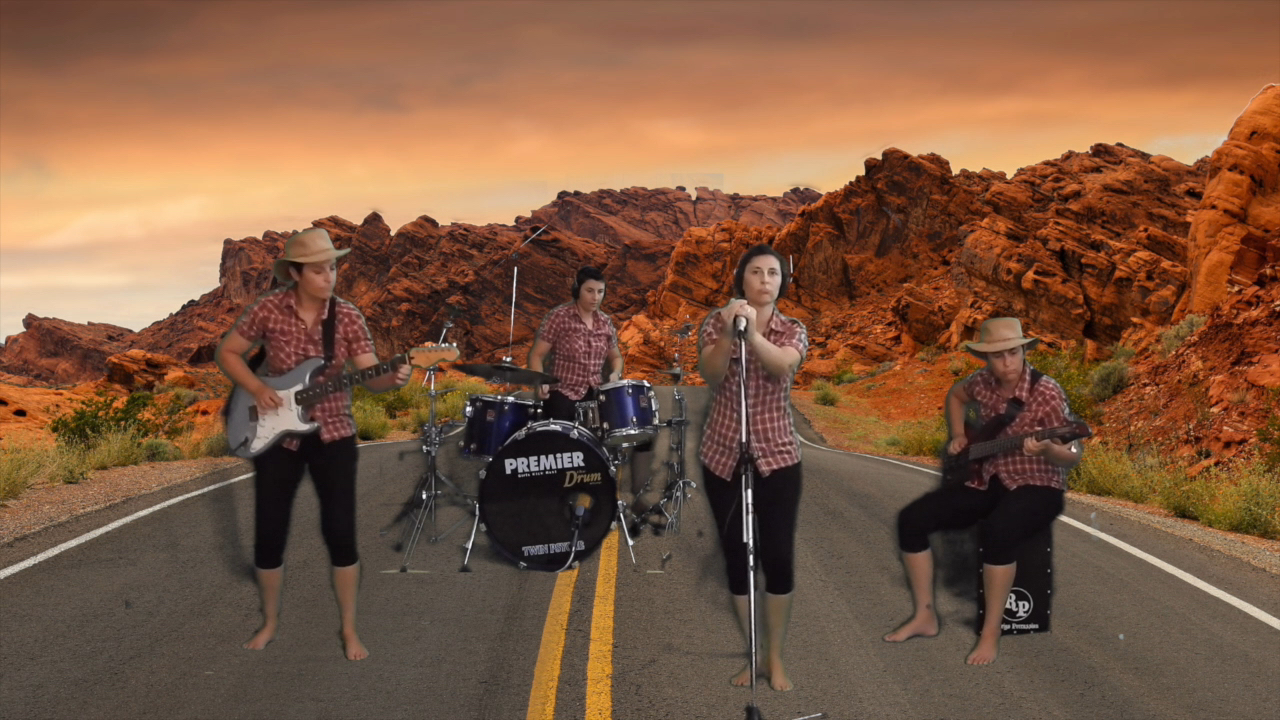 Budding musicians can learn how to turn a riff into a marketable track in the new University of New England (UNE) “Music Technology Lab”, being launched today in Parramatta.

Equipped with the latest music production software, the UNE Music Production and Technology Lab is a one-stop shop for production of electronic music. It is fully portable, but will be based at UNE’s Parramatta FutureCampus.

“It’s a place where kids can realise their musical ideas, from recording to producing, and learn about the business of electronic music production along the way,” said Dr Donna Hewitt, Convenor of Music at the University of New England.

“There are a lot of talented people with music in them, but they don’t have the resources or knowledge to take it to a wider audience. The Music Lab provides that opportunity. We can give kids foundational knowledge that will support them wherever they want to go in their musical career.” 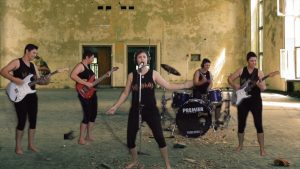 Above & top of page: Screenshots from UNE Music student Libby Jones’s self-produced music video. Libby’s “Band of Lib” features one musician – herself – playing multiple instruments. She used “green screen” techniques to produce a video of herself simultaneously playing all the instruments in her self-composed song.

UNE’s Music department has recently become a licenced Learning Partner for Avid, which produces industry standard multimedia production software. Six UNE staff have been accredited to teach the use of Avid Protools.

“This means that someone who studies with us can produce their music to a professional level, ready for distribution online or anywhere else,” Dr Hewitt said.

“You can take that idea you’ve been working on in your bedroom, and get into a form that can be released to the world.”

Students who want to take their training to another level can choose to study music as a major in several UNE Bachelor-level degrees.

UNE has a deep, rich history in music education. Its music department was formed in 1972, and its current teachers are practicing performers and composers.

The UNE Music Lab has also formed a partnership with the Information+Cultural Exchange (ICE), with a focus on providing music workshops for women. Female artists are influential in many areas of popular music, but much less so in electronic music and production.

ICE has been operating since 1984, building professional development pathways and employment opportunities for thousands of Western Sydney artists.

Today’s launch will have a hands-on element: attendees can participate in a free Ableton Live Masterclass at UNE’s Parramatta FutureCampus at 232 Church St.

Ableton Live is one of the world’s most popular software tools for creating, producing and playing live music. The two-hour masterclass will demonstrate some of the key features of Ableton Live software along with Ableton’s unique musical instrument, PUSH 2.

The Masterclass will demonstrate the creation and production of a song, from the creative musical inspiration through to the final production stages. It will be led by DJ, producer and Ableton Certified Trainer, Damien Goundrie, supported by guest session guitarist John Simmons of Critchley and Simmons.

Places are limited, so bookings are essential – visit goo.gl/NhNYUn

Later in the afternoon UNE students and staff are performing in the City of Parramatta Live & Local event. Performers include:

Alana Blackburn – a highly regarded recorder player who has performed as a soloist and ensemble musician throughout Australia, New Zealand and Europe. Alana is on the UNE staff.

Naomi Cooper – a freelance choral conductor, performer, and guitar teacher. As a choral conductor, Naomi has extensive experience working with children’s, school, university and community choirs and is in high demand across Sydney.

Drumfill – a community percussion ensemble that performs at events around Sydney and interstate. Drumfill is comprised of the keenest percussion students of UNE music student Tessa Gutierrez. They range in age from 5 to 17 years and attend several schools in Parramatta as well as the west and northwest of Sydney.

Sydney Carer Choir – a space for carers who love to sing. The choir meets once a week during term time to sing, connect with other carers and have fun. Conducted by Naomi Cooper.