Published 31 January 2017
Acclaimed theatre director and University of New England alumna, Rachel Chant, added to her growing list of achievements when she won Best Director for the play Leaves in the BroadwayWorld Sydney A… 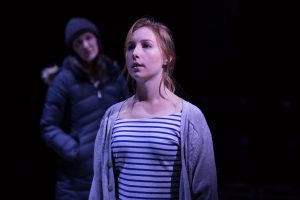 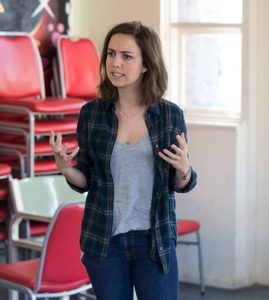 Acclaimed theatre director and University of New England alumna, Rachel Chant, added to her growing list of achievements when she won Best Director for the play Leaves in the BroadwayWorld Sydney Awards last month.

The BroadwayWorld Sydney Awards are voted on by the public and 2016 saw their biggest number of voters yet with more than 75 theatre regions worldwide participating. Winning Best Director was a very special moment for Rachel.

“You make shows and you pour everything into them. You hope that people get something from it. With an award that’s voted on by the public, you really get to see that your production has resonated with audiences, that it meant something to people outside of those who were in the bubble of making it.”

Rachel graduated with a Masters in Applied Theatre Studies from the UNE’s School of Arts in 2010 and settled in Sydney with the goal to develop and enrich Australia’s theatre landscape by directing bold new plays.

Leaves fits the mould beautifully. The story is set in Northern Ireland with the unrest a thing of the past. Almost a decade later, protagonist Lori returns home from a recovery clinic. Neither her parents, nor her two younger sisters, can quite grasp how and why everything went wrong but when their perfectly normal life is shattered, the family struggles to define who they are, where they might be headed and why.

A scene from Leaves

“This isn’t a play about suicide or about the bombs or shootings, it is about our capacity for hope and for standing together as a family,” Rachel said.

Rachel was drawn to the play because of its strong female presence reflected in both the cast and story line.

“Eighty per cent of the cast was women; a female executive producer, producer, lighting designer, set designer, production manager, director and assistant director. It was the perfect energy for this play, which touches on a family (and a family of sisters) struggling with trauma associated with mental health problems. The play has a strong female force but wasn’t necessarily about what it was to be a woman. It was ideal.” Rachel said.

“I also love directing theatre because of all the wonderful creatives you get to collaborate with. Seeing these guys being acknowledged for their work on this show was really wonderful.”

The play was produced as part of the inaugural season at the brand new Kings X Theatre, a traverse theatre space within the Kings X Hotel and a challenge in itself.

“This was my first time working in traverse, which was an interesting experience. It’s great to have a traverse independent theatre space, as it makes you learn early on how to direct works for different spaces,” Rachel said.