Published 16 November 2016
Men have poorer mental health literacy skills than women, a new study by the University of New England has found. Associate Professor Einar B. Thorsteinsson from the School of Behavioural, Cognitiv… 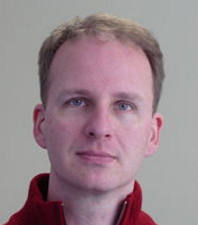 Men have poorer mental health literacy skills than women, a new study by the University of New England has found.

Associate Professor Einar B. Thorsteinsson from the School of Behavioural, Cognitive and Social Sciences said the study investigated the differences between how men and women identify mental health and their attitudes towards it.

One of the aims of the study was to investigate the influence sex has regarding the identification of and attitudes towards three major types of mental illness; depression, anxiety and psychosis.

Participants were asked a number of questions relating to mental health literacy and were randomly assigned either a male or female version of a vignette depicting an individual showing symptoms of depression, anxiety or psychosis.

“The sex of the protagonist in the vignette had an influence on a number of aspects of mental health literacy. Participants who received a vignette with a male protagonist showed a tendency to report marginally higher levels of perceived seriousness compared to those who read about a female protagonist. 29% indicated that males were more likely to be susceptible to mental illness compared to 6% who indicated that females were more likely. A vignette with a female protagonist revered these findings.
However, it is worth noting that the majority of participants considered both males and females as equally susceptible.”

Participants showed the greatest level of concern (i.e., need for treatment) towards individuals with psychosis, followed by depression and anxiety. This is consistent with evidence that has shown that psychosis and depression are associated with an increased level of morbidity and mortality when compared to the general population. These findings suggest that the general public have accurate perceptions of the seriousness of mental illnesses.

It is estimated that up to 45% of the Australian population will experience mental illness at some point during their lifetime (Australian Bureau of Statistics, 2009). But not all people who experience symptoms of mental illness receive the same level of care or treatment.

“This is partly because of the general public’s beliefs and attitudes surrounding mental illness, often referred to as their mental health literacy. Some findings suggest that sex differences exist when it comes to public attitudes in particular young Australian men exhibited significantly worse recognition of depressive symptoms than women.”

The ability to accurately identify mental illness may play a pivotal role in help-seeking behaviours and potentially decrease a person’s vulnerability to suicide, particularly for men.

It is hoped these findings will improve mental health literacy through education programs targeted towards increasing awareness of mental illness in the male population.

The paper Beliefs and attitudes towards mental illness: an examination of the sex differences in mental health literacy in a community sample was published in PeerJ.