Published 11 October 2016
Grandparents unable to live up to their expectations of the role because of strained relationships with their children often suffer acute distress, a University of New England scholar has found. Pr… 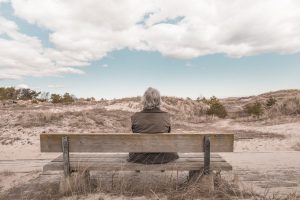 Grandparents unable to live up to their expectations of the role because of strained relationships with their children often suffer acute distress, a University of New England scholar has found.

Professor Margaret Sims from the School of Education said grandparents lose out once relationships start to break down.

“In our research, grandparents talked about the difficulty of being available and supportive but not interfering. Some grandparents find their role is limited and that their children act as gatekeepers when it comes to spending time with them,” said Professor Sims.

Ron, a paternal grandfather, said, “Despite you being a parent and doing what you consider the right thing in your upbringing and doing the best you could all the time, Sharon (grandmother) and I are just shocked at the hostility (from their son). If I could describe the early days when all this started happening, it was like an ongoing death.”

“We used to have our firstborn granddaughter every weekend. We had a few run-ins with (our son-in law). They then started to say that we didn’t respect him and that we didn’t do what they wanted and he told Neville that as long as we live, we’ll never have the children,” Neville and Jane, maternal grandparents, said.

Grandparents also find it difficult to maintain relationships with their grandchildren when there has been a marriage breakdown with the parents, particularly if the child was the non-custodial parent.

One research participant, Kevin, a paternal grandfather, said, “The marriage broke down, the problem was that our son at the time of their breakdown had a new lady friend. So the mother was, naturally, really very angry with that. Unfortunately, the mother has made it very difficult for our son, that father of the child, to have any contact with the child or with us of course,” said Kevin, a paternal grandfather.

Re-partnering of the parental generation can also make it difficult for grandparents to maintain contact with their grandchildren.

“She met another man, and at first everything seemed ok. He seemed quite comfortable with us around. And then, it was this opposition. When she fell pregnant again, to him, they got really peculiar, and I was only allowed to see the children with supervision. Then it got to the stage where I’m never allowed to see the children at all,” Denise, a paternal grandmother said.

Sometimes grandparents felt they were allowed to be involved in their grandchildren’s lives when they provide support but were excluded when that support was no longer necessary.

“My daughter was working only part-time so I was minding him and taking him to wherever she was so she could breastfeed. She wasn’t working for very long. Then I got a call saying we just want to be a family and do it ourselves,” said maternal grandmother Genevieve.

Those who were excluded from the lives of their grandchildren often felt they were failures and that others perceived this as a sign that they have done something terribly wrong.

“That’s the way the public see you – you must have treated them badly or done something terrible to create that situation,” maternal grandfather Ronald said.

Some of the grandparents talked about the major health effects of this stress.

“I cried every day. I felt sick. I felt guilty. I felt shame. Even now, when I go out, I don’t like going out, it’s a shame and embarrassment. It feels like I’m the only one, I have chest pain, it really is taking a toll on me,” said Marion, a maternal grandmother.

Professor Sims says the phrase ‘it takes a village to raise a child,’ is often used, but it is too easy to forget that grandparents are an important part of the child’s village.

“Grandparents can offer a range of support, including babysitting, childcare and emotional or financial support, all of which help parents create more positive child-rearing environments.”