Published 05 October 2016
Students studying to become specialist Health Physical Education teachers mostly view a healthy body as being attractive, slim and white, according to a new paper by the University of New England, … 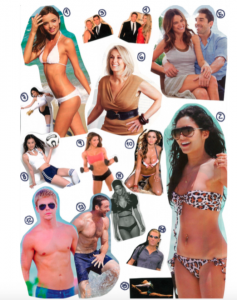 Students studying to become specialist Health Physical Education teachers mostly view a healthy body as being attractive, slim and white, according to a new paper by the University of New England, which looks at how to better prepare pre-service HPE teachers to teach students about bodies, health and fitness.

Dr Valeria Varea from the School of Education says HPE teachers are required to teach about bodies in their classes, but literature suggests that some teachers hold contradictory and problematic understandings of bodies.

Participants in the research were asked to bring along photographs of different bodies. Dr Varea said that what people understand about their world is linked to whom and what they see on television, computers, tablets and mobile phones. So visual methods can provide further information that interviews alone can’t.

“Most of the participants understanding of healthy bodies was restricted to being attractive and white. Some participants used those images to compare to their own and almost none showed any resistance to the idea that a healthy body is a white, slim body,” said Dr Varea.

Fourteen pre-service HPE specialist teachers took part in the research. Eleven were women and three were men, all between the ages of 18 and 26.

There were also problematic views of race where participants were asked to comment on photographs.

“All participants, except one, brought images of white-looking people to the interviews. These images reinforce the characterisation of HPE professionals as a homogenous, predominately white, middle class and heterosexual group A male Singaporean participant was the only one who brought images of subjects from another country. In this case, body appearance, such as whiteness are often valued in contemporary western physical cultures. The data show the consideration of ‘other’ bodies is underrepresented in these participants’ discourses and highlight the need for alternative and diverse understandings of bodies,” Dr Varea said.

Most female participants in the study brought mainly images of female subjects to the interviews. The types of images brought by the women showed them in a passive attitude, posing to the camera, staring at the viewer and wearing little clothing.

“This confirms the claims of a lot of literature regarding how female bodies are usually portrayed as objects of desire in the media, and how they are sexualised and idealised.”

In contrast, the male images brought to the interviews all showed some kind of movement. They wore considerably more clothing and did not seem to stare at the camera to the same extent.

Only one of the participants, a male, reflected on the sexualisation of women in the images and popular media.

The findings also indicated that the pre-service HPE teachers placed importance on the functionality of the body, but it was clear that aesthetics had an impact on most of them.

“What we found is that the participants were more concerned with how their bodies functioned than with physical appearance.”

The paper Using visual methodologies to understand pre-service Health and Physical Education teachers’ subjectivities of bodies has been published in the Sport, Education and Society Journal.