Published 27 September 2016
The partners of Australian combat veterans are at an increased risk of experiencing mental health problems, according to new research by the University of New England. Dr Gail MacDonell, Dr Navjot … 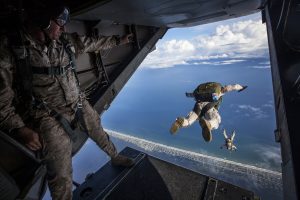 The partners of Australian combat veterans are at an increased risk of experiencing mental health problems, according to new research by the University of New England.

Dr Gail MacDonell, Dr Navjot Bhullar and Associate Professor Einar Thorsteinsson from the School of Behavioural, Cognitive and Social Sciences, found that there was a link between the number of deployments and the depression, stress and anxiety in partners of certain military personnel.

“We examined depression, anxiety, and stress in the partners, based on the theory that multiple deployments tend to lead to higher rates and severity of Posttraumatic Stress Disorder (PTSD) and subsequently the higher the severity of PTSD in the Veteran the poorer the psychosocial functioning of the partner. We also found in this study that military lifestyle could itself produce negative outcomes for the partners,” said Dr MacDonell.

“Separation, unpredictable duty hours, frequent relocations and single parenting are just a few stressors that face partners of veterans on a regular basis. Attempting to build a career while being a partner of a veteran is difficult, with some suggesting that existing gender inequality in the workplace gives partners a dual disadvantage.”

Dr MacDonell says there is a growing interest in understanding the relationship between veterans’ deployment stressors and exposure to combat and their partners’ risk for mental health problems.

“Previous research suggest that the partners of combat veterans have a significantly higher risk of developing psychosocial problems as a result of living and caring for their ex-service partners, particularly those with PTSD.”

It also investigated the degree of psychological distress in partners of veterans serving in three different military services; those who have left the military, current servicing Special Air Services Regiment (SASR), and currently servicing military who are partners of non-SASR veterans.

“For some non-SASR partners they can be relocated every two to three years from one side of Australia to another and have to form new relationships and support systems after each move. Constant relocation combined with multiple deployments may lead to higher levels of stress. Most of the SASR-cohort partners were professionals with a solid career.

“Lessons and protective factors can be learnt from groups within the current military as to what may assist partners and families to maintain a better level of psychosocial health.”

Moreover, research done previously by this group identified that the impact of living with a partner with war-related PTSD appears to be significant and ongoing. Partners drew parallels to living in a war zone with the biggest negative impact on their mental health.

Research suggests that the health of the partner impacts significantly on the health outcomes of the veterans, and that partners and family units are the principal support systems for veterans.