Published 11 July 2016
A study has found patients who turn to alternative and complementary medicines to self-manage stress often find it is safer and more appropriate than conventional treatments, according to research … 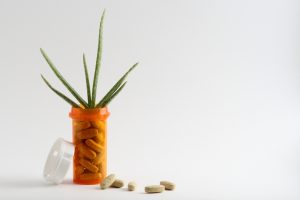 A study has found patients who turn to alternative and complementary medicines to self-manage stress often find it is safer and more appropriate than conventional treatments, according to research by the University of New England.

UNE PH.D candidate Kevin Clayton and Dr Yoni Luxford from the UNE School of Health said the use of these complementary medicines is widespread among Australians.

“The research shows that people who use alternative medicines do so because they have used them before and they have a self-belief of its effectiveness,” says Dr Luxford.

Mental illness is a major health problem in Australia with almost 15-percent of the population suffering from a depressive or anxiety disorder.

“What we wanted to find out from this study is why consumers self-medicate for stress using complementary medicines.”

Complementary and alternative medicine (CAM) use is growing quickly in Australia with one small study of people diagnosed with a mental health problem revealing half had used CAM in the preceding 6 months. Importantly, 35% of these were concurrent users with prescribed medication; this was often not disclosed to their health practitioners.

“What the research found is that CAM can be potentially dangerous if it is used in lieu of, or in conjunction with prescribed medication. Those who self-treat without prior medical consultation may also be at risk.”

The researchers examined 47 international peer reviewed studies to come up with the findings.

“Overall, there was a greater degree of dislike of conventional medicine in some who experienced mental health issues. Generally, a positive experience or advice from family and friends were influential in decision making.”

The decision to use CAM for most people who self manage their stress largely came down to the advice of family and friends.

“This applied particularly if the person was related to them in some important way such as sharing a similar lifestyle. Notably, a negative scientific report was often not viewed as important as illustrated by the remark that science does not always know best.”

The paper, Self-Management of Stress with Complementary and Alternative Medicine: Factors that Influence and Inform Decision Making – A Systematic Review of the Literature has been published in the Journal of Alternative and Complementary Therapies.