Published 21 June 2016
Couples in aged care facilities are being given little to no privacy in their intimate and sexual relationships despite legal protections, according to research by the University of New England. Ph… 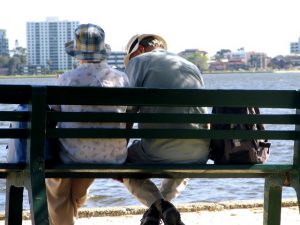 Couples in aged care facilities are being given little to no privacy in their intimate and sexual relationships despite legal protections, according to research by the University of New England.

“Couples may be separated or provided with single beds only, unable to push them together. Staff frequently enter without knocking or ignore ‘do not disturb signs’ and often gossip about residents.”

Ms Rahn has co-authored the paper “Conflicting Agendas: The Politics of Sex in Aged Care,” and says it is often the staff who prevent couples from intimacy.

“The culture in aged care facilities also exists because most of the staff tend to be young and of course the residents are old and it is inconceivable, revolting or impossible to think that couples would want intimacy.

Alison Rahn said attempts at legislative reform have been met with mixed responses.

“The most opposition comes from religious conservatives. About 60-percent of residential aged care facilities are run by church or charitable institutions in Australia, so they have a lot of say.”

“The majority of facilities lack formal policies or guidelines stating their position on residents’ expressing themselves sexually.”

No government policies address the sexual needs of aged care residents and Ms Rahn along with other experts say it is unlikely to be addressed unless there are legislated measures in place.

For the study, Ms Rahn searched parliamentary documents and newspapers for proposed legislation that may have affected the experience of couples in aged care.

“We analysed 200 documents and found that parliamentary debates revealed a cycle of conflicting agendas and partial solutions to systemic problems experienced by couples in care. Debates around residents’ sexual needs have been heated and sensationalist.”

“There are examples of religious institutions aggressively lobbying to override residents’ needs. In the case of residents’ rights, church groups succeeded in exercising social control of residents both within their own facilities and more widely across the entire aged care sector.”

Aged care legislation has historically been influenced by vocal interest groups and attempts to limit expenditure.

“In recent decades, commercialisation has meant aged care has moved away from ‘homelike’ facilities to larger, medicalised, profit-making institutions increasing the likelihood of dehumanisation and alienation.”

The study recommends that the wellbeing of older Australians be ‘the guiding principle in political decision making on behalf of aged care residents.’