Published 13 April 2016
A new study shows that drones used to investigate sensitive water bird species in the wild can be used in a way that has little impact on their natural movement, according to research by the Univer… 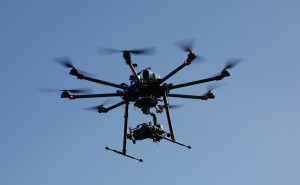 A new study shows that drones used to investigate sensitive water bird species in the wild can be used in a way that has little impact on their natural movement, according to research by the University of New England. 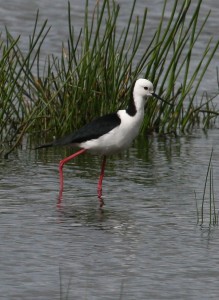 Dr Paul McDonald from the School of Environmental and Rural Science said his team wanted to know the impacts drones have on easily disturbed animals.

“The use of unmanned aerial vehicles for ecological research has grown rapidly in recent years, so we wanted to look at how these tools impacted the animals, and if so how we can best minimise this disturbance. For this study we looked at several waterfowl species such as ducks and swans, species known to be relatively easily disturbed.”

The study (PDF, 62.2 MB) looked at the level of disturbance that a range of UAV shapes and sizes had on the waterfowl, and in addition the types of cameras required to get sufficient quality images to use in waterfowl surveys.

“Waterfowl are known to be sensitive to disturbance with relatively high values of flight initiation distance compared to other species, in that they flee when objects are relatively far away” he said.

“We found little or no obvious disturbance effects on wild, mixed-species flocks of waterfowl when UAVs were flown at least 60-metres above the water level. Waterfowl were disturbed when the UAV flew at lower altitudes, particularly if the drone flew directly towards them or quickly changed direction near the animal.”

“Five types of UAVs of different shapes and sizes were used in the study to determine if there were different responses from birds. The UAVs included models up to three metres in diameter and those with flight speeds of up to 80-kilometres per hour.”

Aerially sourced data is critical to the understanding and census of many ecological systems, particularly the movement of nomadic species.

“UAVs can provide a cheaper, safer and less labour intensive approach compared to traditional aerial surveys. They can be used to target specific areas of interest with greater precision and have lower workplace safety risks to employees.”

Dr McDonald said unlike many other studies, this one looked at the potential disturbance effects of the different fixed wing and multi-rotor UAVs that are commercially available, finding that shape was as important as height in shaping disturbance responses.