Published 22 March 2016
Brisbane City Council’s financial performance is not impressive compared to other South-East Queensland and NSW councils, according to new research by the University of New England. Professor Brian… 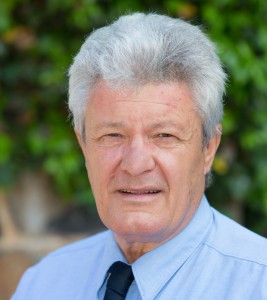 Brisbane City Council’s financial performance is not impressive compared to other South-East Queensland and NSW councils, according to new research by the University of New England.

Professor Brian Dollery from UNE’s Business School, said the study is empirical evidence that the ideology ‘bigger is better,’ when it comes to council reform, is not the case.

“Brisbane City Council is the largest municipality in Australia, so we wanted to examine whether the financial figures were stronger compared to other Queensland and NSW councils.”

Professor Dollery said if ‘biggest is best’ then Brisbane City Council (BCC) should be outperforming other councils.

“Brisbane City Council is outperformed in three of the four financial performance indicators of the study. This is a significant blow to the ‘bigger is better’ ideology that still dominates much of Australian local government policy making.”

The study also shows that BCC is struggling to meet its short-term financial debt and its growth rate won’t help it meet important benchmarks according to Professor Brian Dollery from UNE’s Business School.

However, the report does say the BCC is best able to meet the infrastructure needs of the community compared to all the other councils.

“I think another avenue for future research would be to compare the financial performance of forcibly amalgamated councils with their unmerged counterparts in Queensland since the Queensland Government premised its 2008 forced amalgamation program on the proposition that ‘bigger is better’ in local government,” he added.

The study looked at the financial performance of six large metropolitan councils from South-East Queensland and ten substantial councils in New South Wales over the period 2008 to 2011.

The paper Is Biggest Best?  A Comparative Analysis of the Financial Viability of the Brisbane City Council was published in the Australian Journal of Public Administration.