Published 08 October 2015
The University of New England backed a new call for a ‘game changing’ national investment strategy in research and innovation. UNE Vice-Chancellor Annabelle Duncan said that as Australia heads into…

The University of New England backed a new call for a ‘game changing’ national investment strategy in research and innovation. 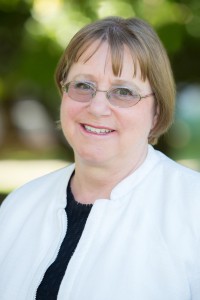 UNE Vice-Chancellor Annabelle Duncan said that as Australia heads into an era of change, there is an urgent need to invest now in research, skills and ingenuity to transform our industries – and create and fill the jobs of the future.

The call for a new research and innovation investment is the centrepiece of Keep It Clever – the university sector’s pre-election policy blueprint, released by Universities Australia.

The statement notes the ambitious targets set by our competitors – including China (on a path to become the world’s greatest investor in research within the decade), South Korea (which plans to invest five per cent of GDP in R&D by 2020) and the UK (which is investing A$3 billion in industry-university collaboration).

With 40 per cent of existing jobs tipped to disappear within two decades, university education and research will be vital to generate new jobs, new industries and new sources of income for Australia.

Keep it Clever also includes early data from compelling new Deloitte research that confirms how crucial the university sector is to Australia’s prosperity. It finds:

“Australian universities give back to the country in countless ways. University research and innovation continues to put Australia on the world stage, international education is our biggest export after resources, universities employ over 120,000 people and directly contribute over $25 billion to our GDP,” Prof Duncan said.

“To remain competitive, our workforce will demand more qualified graduates, our economy will rely on the creation of new companies, industries, jobs and opportunities that can only come from a strong university sector.

Universities Australia has also launched the #fundourfuture advertising campaign, which makes the case for the game-changing public investment needed for Australia to prosper and invites the public to get involved. (keepitclever.com.au).

The Keep it Clever policy statement is available at keepitclever.com.au.