Prime Minister Malcolm Turnbull’s announcement of increased federal government funding to tackle the issue of partner violence in Australia is a very welcome one but a researcher at the University of New England hopes that regional and rural women will not be forgotten in this arrangement. 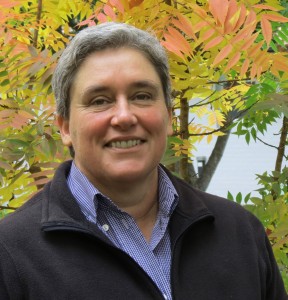 In a recent study School of Rural Medicine researcher Gina Dillon found that regional and rural women are more likely to report having experienced partner violence compared to women living in metropolitan areas.

Using data sourced from over 7,000 women, aged between 32-40 years, who participated in the Australian Longitudinal Study on Women’s Health, Ms Dillon found that approximately one in every five women reported having been in a violent relationship with a partner or spouse at some time in their adult life.

The study showed that a history of partner abuse was also linked to women having difficulty managing their income, lower levels of education and having poor levels of social support.

“It is well known that experiencing partner abuse can have serious long-term physical and mental health effects for its victims,” Ms Dillon said.

“These effects can remain for a long time even after the abuse has ceased, with increased problems related to depression, anxiety and post-traumatic stress disorder.

“There are also increased risks of physical problems such as chronic pain and breathing and cardiovascular problems in people who have been exposed to partner violence.”

“As residents in non-metropolitan areas it is important for us to be aware that partner violence occurs in our local area, and at alarmingly high rates,” Ms Dillon said.

“There is an increasing awareness of the impact of partner violence on physical and mental health of victims as well as flow on negative effects for families and especially children of those affected.

“There is also a growing public awareness that partner violence is unacceptable.   Let’s keep this positive momentum happening and ensure that the issue of adequate funding for partner violence services, especially those in regional and rural areas, remains on the government agenda.”