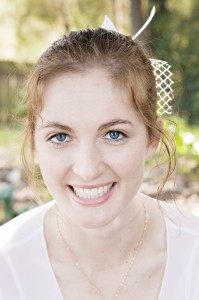 The University of New England’s Spring Graduation will see a deviation from protocol this coming Saturday when Martin Purcell will accept the Young Distinguished Alumni Award on behalf of his daughter, Jennifer Star, who is unable to travel to Armidale.

Ms Star was recognised as an inspiration to others and is a worthy recipient of the Award which is presented annually to a UNE graduate who demonstrates outstanding professional achievement and/or community involvement.

Born in a small town near Bowral in NSW, Ms Star now lives in New Delhi, India which has a population greater than all of Australia.

Ms Star initially studied archaeology and ancient history, but retrained as a teacher at the University of New England in 2010 and has been in the field of education since then.

She first travelled to India as a World Vision Youth Ambassador in 2004, and again in 2007, where she lived and worked in the slums of Jaipur.

In 2009 she founded Tara.Ed, an education NGO which grew from a pilot project working in one school to a sustainable organisation functioning in 23 schools, and impacting the lives of 300 teachers and more than 8000 children in rural and remote areas of India and Bangladesh. 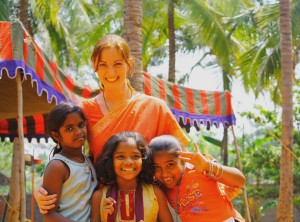 By focusing on teachers rather than students, Tara.Ed aims to promote sustainability in education and increase the quality and value of education in rural communities.

Ms Star’s outstanding work in India has been recognised with a number of awards such as the 2014 Westpac 100 Women of Influence Award and the 2012 NSW Young Australian of the Year Award.

Ms Star is also an elite sportswoman excelling in judo and was part of the Australian Institute of Sport (AIS) National Talent Identification Squad from 2004-2006. She went on to earn a Bronze Medal in the Youth Olympics in 2005.

In 2011 she represented UNE at the world university games in China, where she was selected from over 8000 athletes to light the Universiade Cauldron.