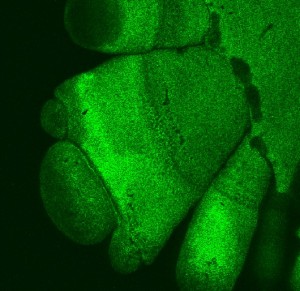 The computer-controlled aquariums have been used to study the impact of global climate change on a range of organisms including diatoms, coralline algae (shown), and sea urchins.

A doubling in growth of Southern Ocean phytoplankton by the end of the century is predicted from experiments conducted by an international team of researchers and published in Nature Climate Change this week.

Co-authored by Dr Peter Dillingham and Dr Christina McGraw in the School of Science and Technology at UNE, the research highlights the need to include a suite of environmental factors to provide holistic predictions of future responses to climate change.

In a world first, the lab-based study simultaneously manipulated five marine variables that are changing due to the increase in CO2 levels in the atmosphere.

By carefully mimicking the future ocean, the scientists found that changes in temperature have the greatest influence on diatom growth.

“Since phytoplankton are the basis of the marine food web, the doubling of growth could have profound implications for the future of the sub-Antarctic,” UNE researcher Dr McGraw said.

“However, the full impact wasn’t seen until we included changes to light, CO2, iron and nutrient levels as well,” Dr Dillingham explained.

“By including proteomics – the study of proteins – we were also able to tease apart possible physiological explanations for the observed changes.”

For more information on the computer-controlled aquariums used in the research that allowed simultaneous manipulation of the environmental variables, contact Dr Christina McGraw on +61 2 6773 3123 or cmcgraw@une.edu.au.

For more information on the experimental design developed for this study and proposed as a model for future studies, contact Dr Peter Dillingham on +61 2 6773 2645 or pdillingham@une.edu.au