John Bell, Shakespeare and the Quest for a New Australian theatre

Published 10 September 2015
A new book about the work of actor-director John Bell is essential reading for anyone interested in the changing history and practice of live theatre in Australia, especially in Sydney, in the seco… 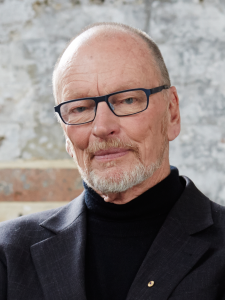 A new book about the work of actor-director John Bell is essential reading for anyone interested in the changing history and practice of live theatre in Australia, especially in Sydney, in the second half of the 20th century and the first 15 years of the 21st. It looks at Bell’s work as a classical actor, as a director of Shakespeare’s plays and other European classics, and as a director of scripts by emerging Australian playwrights. The book charts Bell’s often-stated intention to find forms of theatre specifically for Australian audiences.

The “New Wave” of Australian playwriting and performance started to become visible in the 1960s, and it brought about radical changes in the way theatre would be understood in an Australian context, changes which were at the time risky, rule-breaking and exciting.

From 1970 onward Bell was involved in much of this development; his directing of Australian scripts gave them much greater visibility, and he could provide the scripts with enviable resources in terms of new venues, heightened public awareness, backed up by his own skills and those of the talented actors whom he could attract, and an excitable new audience who enjoyed hearing Australian characters and accents on stage.

Two of the best known and most popular theatres in Sydney since 1970 have been the Nimrod Street Theatre (now the SBW Stables Theatre) in Darlinghurst and the Nimrod Theatre (now the Belvoir Street Theatre) in Surry Hills. Bell and his close colleagues are responsible for the conversion of these two dilapidated buildings into high-profile performance venues. Many of the plays which have helped explore distinctively Australian approaches to theatre were produced in one of these two venues. New playwrights whose early scripts were directed by Bell to great acclaim include David Williamson, Louis Nowra, Peter Kenna and Ron Blair.

Bell has not restricted himself solely to Australian scripts. Equally important has been his approach to the European classics, especially Shakespeare. In 1990, five years after leaving the Nimrod, he founded the Bell Shakespeare Company—another risky venture which many theatre practitioners predicted was doomed to last no more than a few months. In fact, in 2015 Bell Shakespeare celebrates its 25th anniversary, and Bell is handing the artistic directorship to a new generation.

Author Adrian Kiernander focuses on Bell’s ongoing aim of using live theatre as a powerful intervention in the pervasive Australian debates about a national identity. The book charts how Bell has taken risky artistic decisions in order to bring the issues raised in Shakespeare’s scripts into a dialogue with the immediate concerns of Australian audiences. The book’s emphasis is on detailed description of what happened on stage in a number of key productions in order to make the action relate specifically to an Australian context.

Adrian Kiernander is an Emeritus Professor of Theatre at the University of New England and can be contacted on 0409 772 798 or akiernan@une.edu.au.
John Bell, Shakespeare and the Quest for a New Australian Theatre, by Adrian Kiernander, Brill/Rodopi, Leiden & Boston, 2015.