Published 06 August 2015
A recent study conducted by the University of New England found that while crime rates generally have fallen across Australia, and in much of the western world, this is not the case for rural crime… 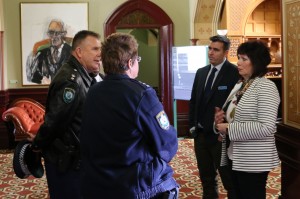 A recent study conducted by the University of New England found that while crime rates generally have fallen across Australia, and in much of the western world, this is not the case for rural crime.

“Of the farmers surveyed, 74% had experienced some type of rural crime over the past 12 years that varied in degree of seriousness from some relatively minor events to some quite serious crimes. Incidents of trespassing and unauthorised hunting have doubled while thefts of fuel, machinery, and timber have also increased since 2001,” A/Prof Barclay said.

While there had been an increase in farmers reporting incidents of trespass, illegal hunting and theft to the police, overall only half of all crime incidents on farms were reported.

Local Area Commander in the New England region, Superintendent Fred Trench, stressed the importance of reporting crime to the police.

“Farmers need to report crimes or theft so we can look at how we can better address these problems from a local perspective,” Commander Trench said.

“Given that these crimes may pose a threat to the personal safety of farmers and their families, not to mention high cost to local economies, it is essential to continue to raise awareness about rural crime, and look at allocating the necessary resources to combat it.”

Reasons cited by participants for failing to report rural crime to the police vary and include lack of proof that a crime occurred; the crime is not considered to be serious enough to report; perceptions that the police can’t or won’t do anything about the crime; or too much time elapses before an incident is discovered.

Findings from a similar survey conducted in 2001 resulted in a successful appeal to the NSW State Government for more resources for policing farm crime.