Published 10 August 2015
In a world-first trial, researchers are investigating if receiving cash as incentive for school attendance has an impact on the high HIV acquisition rates of young women in South Africa. University… 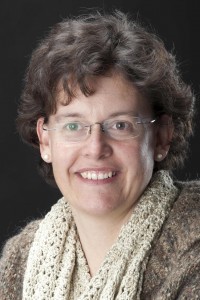 In a world-first trial, researchers are investigating if receiving cash as incentive for school attendance has an impact on the high HIV acquisition rates of young women in South Africa.

“Our previous research showed that young women who had not completed high school were four times more likely to be HIV infected than those who did complete school,” Dr MacPhail said.

“Finding interventions to prevent HIV infection in young women in sub-Saharan Africa is vital as more than 11 percent of young South African women between the ages 14 to 24 are living with HIV compared to less than three percent of men in the same age group.”

The trial, designated HPTN 068, assessed whether offering young women and their parents’ cash conditional upon 80 percent attendance in school would lower their risk of HIV infection.

The study sample involved 2,533 young women – of which 2,448 were HIV negative – aged between 13 and 20 years old and living in rural Mpumalanga Province, South Africa, where high incidences of HIV infection, poverty, unemployment and labour migration prevail.

“This is the first trial to assess the impact of conditional cash transfers on reducing HIV infection in young women,” Dr MacPhail said.

The research findings were varied and suggest that cash transfer did not reduce HIV risk, although there was an impact on reported risk behaviours, with young women receiving the money reporting significantly fewer sex partners, less unprotected sex and less experience of intimate partner violence.

“The cash transfer had no significant influence on school attendance or drop-out,” Dr MacPhail said.

“However school enrolment and attendance were protective for HIV, as young women in the study who dropped out of school were three times more likely to acquire HIV compared to young women who did not drop out of school.“

Dr MacPhail led the qualitative component of the trial and notes that there is a significant amount of interview data from young women and their families which might provide additional insights into the mechanisms driving young women’s HIV risk and the role of schooling and cash transfers.

Findings from HPTN 068 will inform the next generation of studies that aim to assess the role of financial incentives in prevention of HIV infection.

The HIV Prevention Trials Network (HPTN) is a worldwide collaborative clinical trials network that brings together investigators, ethicists, community and other partners to develop and test the safety and efficacy of interventions designed to prevent the acquisition and transmission of HIV.

HPTN 068 was funded by the US National Institutes of Health. For more information, visit www.hptn.org.