Published 03 June 2015
ew report into the mental health well-being of transgender and gender diverse children has recommended broad changes in all departments. 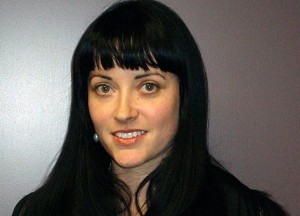 A new report into the mental health well-being of transgender and gender diverse children by the University of New England and La Trobe University has recommended broad changes in government, schools and the medical profession.

Dr Tiffany Jones, Senior Lecturer in the UNE School of Education, says the report titled “From Blues to Rainbows” reached out to 198 participants between the ages of 14 and 25 years.

“The survey showed that one in three participants didn’t feel supported by their family,” Dr Jones said.

“It also showed that 90 per cent of young people listened to music and others talked to friends for support.”

The report calls for state and federal governments to implement sex and gender guidelines across all departments with adequate training for staff.

“We found that almost a third of the participants always knew about their gender identity, and that half of the young people were identified with genders under the ‘transgender’ umbrella,” Dr Jones said.

“It also showed that sixty per cent of the young people were most likely to identify as queer or pansexual, which is sexual attraction not based on a person’s gender identity or sex.”

The report encourages schools to train teachers and school leaders in the proper behavior and language towards transgender students through properly funded programs.

“The report recommends that toilet facilities be provided to the student according to their gendered preference, and a uniform policy developed that allows transgender people to appropriately express their gender identity. It also calls for changes in the way the mental health profession handles gender diverse children with better referral processes when issues reach beyond their area of expertise.”