Michael Kirby to present lecture at UNE on AIDS epidemic

Published 08 May 2015
On 14 May Former High Court Justice and one of Australia’s preeminent legal minds, the Honourable Michael Kirby, will present a special lecture at the University of New England entitled “Whatever H… 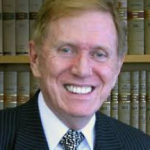 On 14 May Former High Court Justice and one of Australia’s preeminent legal minds, the Honourable Michael Kirby, will present a special lecture at the University of New England entitled “Whatever Happened to the AIDS Epidemic?”

Mr Kirby has pursued an extraordinary career dedicated to justice, ethics and human rights, both in Australia and internationally. He has long been a vocal spokesperson for HIV/AIDS awareness, and is currently working with a number of international agencies including UN AIDS, UNDP and the Global Fund to address the issue worldwide. He is also a former member of the Global Commission on HIV and the Law.

Based on his work in the area, Mr Kirby will present his insight into the myriad of issues that surround the AIDS epidemic, which, despite the declining attention it now attracts in Austraila, is still a very real and serious global issue.

Abstract: Many people in Australia think that the AIDS epidemic, caused by the HIV virus, is over. No more horrifying photos on the front pages. Lots of news of powerful antiretroviral drugs. Self congratulations that Australia responded effectively and set an example for the global community. Whilst there are some elements of these suppositions that are correct, dangerous features of the epidemic still remained to be dealt with and some are on the increase:

The lecture will take place at the JP Belshaw Lecture Theatre within the UNE School of Law on Thursday 14 May from 2:00pm – 3:30pm. The lecture will be live-streamed for those unable to attend in person.
For more information: Belinda Eastgate 6773 2091 or Melissa Lagenbaker 6773 3598