UNE Deputy Chancellor named member of the Order of Australia

Published 27 January 2015
University of New England Deputy Chancellor, Jan McClelland, was yesterday given our country’s highest honour as she was named a member of the Order of Australia on the Australia Day 2015 Hon… 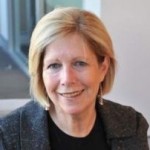 University of New England Deputy Chancellor, Jan McClelland, was yesterday given our country’s highest honour as she was named a member of the Order of Australia on the Australia Day 2015 Honours List.

The Order of Australia is the principal and most prestigious means of recognising members of the community at a national level and is awarded to those who have made outstanding contributions that benefit their communities, and ultimately our country.

Ms McClelland was been specifically recognised for her significant service to a range of education, business, social welfare and community organisations and to public administration.

“Jan has dedicated much of her life to the community through her involvement in many committees, boards and organisations, including Epilepsy Action Australia, the Medical Technology Association of Australia, and the NSW Commission for Children and Young People.

“UNE is very grateful to have such a distinguished Australian as our Deputy Chancellor.”

“Jan is an outstanding member of our community, and am sure I speak for the whole UNE community as I wholeheartedly congratulate her on this honour,” Professor Duncan said.

Jan McClelland has served on the UNE Council since 2000 and was appointed Deputy Chancellor in 2014.