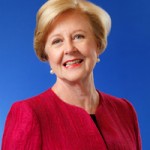 The President of the Australian Human Rights Commission wants to reopen public debate around the abuse of executive powers concerning asylum seekers in mandatory detention.

Emeritus Professor Gillian Triggs will address this issue when she delivers the annual Sir Frank Kitto Lecture at the University of New England next Wednesday (15th October).

Her lecture entitled “Australian exceptionalism: Human rights and executive power” will explore the increasing use of executive discretion that is not often subject to judicial scrutiny.

Professor Triggs will look at how executive discretion has been used in a number of situations in relation to matters such as the introduction of new anti-terrorism laws, the holding of asylum seekers in mandatory detention, and the so-called ‘Bikie’ laws.

The lecture will also talk about Australia’s fragmented approach to human rights, which she believes is placing some groups at risk.

Professor Triggs has combined an academic career with international commercial legal practice.  She has formerly been the Dean of the Faculty of Law at the University of Sydney and the Director of the British Institute of International and Comparative Law.

Her focus at the Australian Human Rights Commission is on the implementation in Australian law of the human rights treaties to which Australia is a party, and to work with nations in the Asia Pacific region on practical approaches to human rights. Professor Triggs’ long-standing commitment to legal education builds upon the Commission’s efforts to inform Australians, especially children, about their fundamental human rights.