WA shark cull – other states join the hunt by stealth

Published 10 February 2014
The violent culling of sharks in Western Australia has caught the attention of Australia and the world in recent weeks. But while culling is not employed elsewhere in Australia at present, Western … 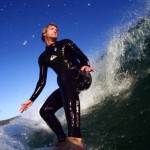 The violent culling of sharks in Western Australia has caught the attention of Australia and the world in recent weeks. But while culling is not employed elsewhere in Australia at present, Western Australia is not the only state engaged in the killing of our protected marine predators. In New South Wales and Queensland a large number of sharks – as well as other marine animals – are being killed every year through other protection measures.

Dr Andrew Warren from the University of New England’s School of Behavioural, Cognitive and Social Sciences says politics has trumped science and even common sense, allowing NSW & Queensland to trap and kill stingrays, turtles and small sharks under the banner of ‘public protection’.

He says in 2012-2013 at least 73 sharks, rays and turtles died after being caught up in nets as part of the NSW Government’s ‘meshing’ program. Of the sharks that perished, only a small number were of species considered to be potentially dangerous to humans.

In Queensland it is blanket policy to ‘euthanise’ any shark captured that measures over two metres if it is not already dead. In 2012-2013, Dr Warren says that 1370 captured sharks perished or were slaughtered in Queensland’s control program; 1103 – regardless of size, type or ‘danger factor’ – were found already dead in nets or on baited hooks, and 267 were shot dead. Only 69 were released alive.

“The methods used by Australian governments to reduce shark attacks on sea users are not only scientifically unproven, but also put at risk the populations of our marine creatures, some of which are officially listed as endangered, vulnerable or threatened on the ‘Red List’ of the International Union for Conservation of Nature (IUCN),” Dr Warren said.

“On top of this, Australia is at risk of losing international environmental credibility. On the one hand we’re leading action against Japanese whaling in the International Court of Justice, and on the other hand we are killing protected endangered marine species. It is hypocritical.”

Dr Warren, a lifelong surfer who understands the risks inherent to his sport, insists that culling is simply not the answer and that the overwhelming majority of sea users agree with him.

“Any death by shark attack is absolutely tragic for the victim’s family, friends and wider community, and while protection measures are undertaken with the best intentions, culling or trapping sharks is not scientifically proven to work and has significant implications for other marine species. We just don’t know what longer-term impact these measures may have on vulnerable shark populations and fragile marine ecosystems.

“We have to remember that when we are using the ocean, be it for surfing, fishing, swimming, diving, kayaking or any number of other activities, we are putting ourselves in the natural environment of marine life, and that includes predators.”

A questionnaire prepared by Dr Warren and his research colleague Dr Leah Gibbs from the University of Wollongong was completed by 600 sea users in Western Australia. Around 70% of those who took part were against proactive killing responses.

Photograph: Dr Andrew Warren from the University of New England