Lifting the lid on witness protection in Australia

Published 18 February 2014
‘Witness protection’ is something most of have all learned about from a steady diet of crime movies and TV shows. But who really goes into witness protection and what is that experience like in Aus… 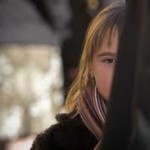 ‘Witness protection’ is something most of have all learned about from a steady diet of crime movies and TV shows. But who really goes into witness protection and what is that experience like in Australia?

Phil Kowalick, a doctoral candidate from the University of New England is one of the leading experts in the field of witness protection in Australia, and he will be sharing his insights into this secret world during a public lecture at UNE this Friday 21 February from 9.30am.

Mr Kowalick says that until now, witness protection arrangements in Australia have not been exposed to scholarly examination.

“The programs operate in secret, seemingly with little accountability. Some confidentially is obviously required, particularly in relation to the identity and location of participants in a witness protection program, but those conducting the programs rely on legal provisions to avoid answering any questions at all about how they operate.

“Historically speaking, witness protection programs have been successful and have supported the criminal justice system in the fight against serious and organised crime.

“However, concerns were raised in the past that witness protection programs are unknown government programs, formed in duplicity and fraught with bureaucratic incompetence. They have even been called contemptuous of justice. In the United States the legislation around witness protection was significantly reformed in 1984 and while legislation was introduced in Australia in 1994 there’s little factual justification for their continued existence in Australia.

“Very little data is available to demonstrate successes in Australia, or to confirm the impact witness protection has had on the fight against organised crime in Australia.

Mr Kowalick does not suggest that we shouldn’t have witness protection programs in Australia. He argues that to properly assess the effectiveness and efficiency of the Australian programs, good governance suggests that more accountability is necessary.

Phil Kowalick is a Legal Practitioner in the Supreme Court of the ACT and a Barrister for the High Court of Australia. He was an officer in the Australian Federal Police for 35 years and spent 10 years working in National Witness Protection Programs between 1986 and 1996.