A place where there is no word for war

Published 02 February 2014
Peace is possible. Not only possible, but an inherent part of what makes us human. That’s the point Michael Allen Fox, Professor Emeritus of Philosophy at the University of New England, makes in hi… 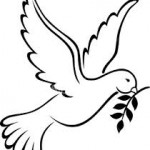 Peace is possible. Not only possible, but an inherent part of what makes us human. That’s the point Michael Allen Fox, Professor Emeritus of Philosophy at the University of New England, makes in his new book, Understanding Peace: A Comprehensive Introduction.

Professor Fox says there is a strong case to make that in examining human societies, it is peace that is the norm rather than conflict and violence.

He says our modern society must move beyond its fixation on war, which is demonstrated daily in the media, film, books, computer games and even in how we celebrate our military history.

“In this book I wanted to highlight our capacity for non-violent cooperation in everyday life, as well as in conflict situations. The main message of the book is that peace is possible, and a normal part of life. War should not be regarded as an unfortunate inevitability; as a society, we need to reorient our priorities and understand that peace is the normal state of affairs.”

“In my research I discovered that there are many societies, both past and present, in which warrior roles are not rewarded, aggressive behaviour is suppressed, and words for war don’t even exist. We could dismiss these societies as just a small minority, but the point is that they do exist.

“There are also nations that do not go to war, and some have not for centuries. Every society has to deal with the potential for violence and find ways to control it.  We have a lot to learn from those who in some ways make better choices for managing it than we.”

Professor Fox’s new book examines historical accounts of war and peace, war myths, as well as the many onerous costs of war. He also tackles philosophical arguments surrounding violence, aggression and non-violence, and the ethics of war-making, as well as the ways in which we can move forward to build a culture of peace.

Professor Fox says the 24-hour news cycle’s focus on the seemingly endless stream of current day conflicts does not in any way negate his views on peace being the norm.

“Even in war-torn societies, there are pockets of peace. Small, peaceful acts are all the more powerful when they occur against violent situations, and it is these acts that are the building blocks for restoring society once the conflict is over.

“Insights into the nature of peace and our potential for peaceful living can help energise our quest to bring about positive transformations that will make the world a better place. Everyone has a part to play in this great human project, and everyone stands to benefit from it.  We should think about these things, especially in this year of World War I observances.”

Michael Allen Fox is Professor Emeritus at the University of New England and at Queen’s University, Canada. “Understanding Peace: A Comprehensive Introduction” is published by Routledge. It is available in hardcover, paperback and various e-book editions.