Published 15 October 2013
The old truism that the only things certain in life are death and taxes might well include rising seas levels as a new addition, with climate scientists now agreed that nothing can now be done to p… 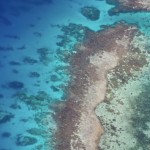 The old truism that the only things certain in life are death and taxes might well include rising seas levels as a new addition, with climate scientists now agreed that nothing can now be done to prevent the rise in sea levels throughout the remainder of the 21st century and beyond.

For the past four years, UNE Professor Patrick Nunn has been a lead author of the Intergovernmental Panel on Climate Change (IPCC) 5th Assessment Report, recently released in Stockholm.

Head of UNE’s School of Behavioural, Cognitive and Social Sciences Professor Nunn says there are plenty of wildcards in the deck of climate science, which make predicting future impact challenging but this latest report at least means we now know what we don’t know.

“Since the last IPCC report in 2007, our understanding of climate science has actually become a lot less certain as we have discovered more about the complex natural relationships that combine to produce and maintain our climate.

“One area that remains in common agreement is the potential for sea levels to rise at an increasing rate over the next 100 years and beyond.

“While sea levels can vary from year to year, the overall trend is definitely upwards and it would be reasonable to expect a rise of around20- 30cm within the next 20 years.”

Professor Nunn says even an immediate end to all greenhouse gas emissions tomorrow would have little impact on the course of our climate over the next century.

“The earth is locked into this pattern of rising temperatures and sea levels as just one expression of climate change. Nothing that people might do today, tomorrow or next week, will make any immediate difference, but our actions now will have an impact on our grandchildren and their children.”

Professor Nunn says the 2013 IPCC report builds on both the things we do and don’t know about our climate and will help focus climate studies during the next six years towards the next report.