Published 19 September 2013
The Annual Russel Ward Lecture, delivered at the University of New England, will take place on Thursday 26 September. Held every year since 1986, the Lecture honours the memory and legacy of one of… 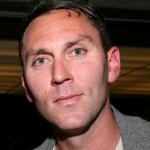 The Annual Russel Ward Lecture, delivered at the University of New England, will take place on Thursday 26 September. Held every year since 1986, the Lecture honours the memory and legacy of one of the University’s most renowned scholars, Emeritus Professor Russel Braddock Ward.

This year, Dr Nick Dyrenfurth from Monash University (pictured) will be presenting the lecture and will be acknowledging Professor Ward’s academic legacy with a discussion of colonial concepts of ‘mateship’ and our continuing national fixation with the notion.

“Over the past two centuries, Australians have spilt millions of gallons of ink over mateship,” Dr Dyrenfurth said. “Our literary, cultural and political commentary is littered with references to the concept. My lecture will explore the diverse and often contradictory ways in which colonial Australians formulated ideas about mateship.”

In his discussion, Dr Dyrenfurth will consider Professor Ward’s observations on Australian identity in his landmark book The Australian Legend, published in 1958. Ward himself touched upon some of these issues in the inaugural Russel Ward Lecture in 1986.

Dr Dyrenfurth is an Adjunct Research Fellow in the National Centre for Australian Studies at Monash University, as well as being the Federal Secretary of the Australian Society for the Study of Labour History. He has worked as a political advisor and speech writer for the Labor Party and has written a number of books on Australian political history. Dr Dyrenfurth is also a regular contributor to various national newspapers and has acted as a commentator on television and radio stations across the nation. Dr Dyrenfurth’s lecture will reflect on some of the content of his latest book, entitled Mateship: A Very Australian History, which will be released next year.

Professor Ward joined UNE in 1957 and was the Head of the Department of History between 1966-1974 where he pioneered a new emphasis on the teaching of Australian history. He was later Emeritus Professor and Deputy Chancellor of UNE. He passed away in 1995.

The Russel Ward Lecture is a public lecture and will take place in Arts Lecture Theatre 2 at 6pm on Thursday September 26.