Published 03 July 2013
At the recent Asia-Oceania Geosciences Society Conference held in Brisbane and attended by 1500 delegates, Head of the School of Behavioural, Cognitive and Social Sciences, Professor Patrick Nunn s… 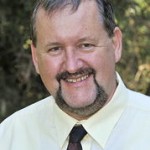 The connections between myth and geology have been widely acknowledged in mainstream geoscience in Europe for about a decade, with many long-held myths (such as those associated with the Loch Ness Monster and the Oracle at Delphi) having been convincingly explained in geological terms.  Except in a few isolated cases, similar connections have not been made in the Asia-Pacific region.

At the recent Asia-Oceania Geosciences Society Conference held in Brisbane and attended by 1500 delegates, University of New England’s Head of the School of Behavioural, Cognitive and Social Sciences, Professor Patrick Nunn sought to explain the value  of euhemeristic myths from the Asia-Pacific region to its future.  In his Distinguished Lecture, “Lashed by sharks, pelted by demons, drowned for apostasy: the value of myths that explain geohazards in the Asia-Pacific region” Professor Nunn focused on geohazards, particularly those associated with volcanism, seismicity and tsunamis, and coastal changes.

Professor Nunn argues that the potential value of such myths for the region’s future is twofold.  First, such myths can contribute to long-term recurrence chronologies of geological phenomena like volcanic eruptions and earthquakes for which complete data are not always available in the geological record, something that was illustrated with studies from Indonesia, Japan, New Zealand, and Vanuatu.  Second, in an time of rapid environmental changes when effective engagement between regional/rural communities and adaptation strategies is becoming increasingly urgent, the potential of myths to improve community adaptation in poorer countries is clear, something that was illustrated by myths from India, the Philippines , and Solomon Islands.

The lecture given by Professor Nunn builds on his earlier research into the meanings and practical uses of euhemeristic myths from Pacific Island cultures, summarised in his 2009 book “Vanished Islands and Hidden Continents of the Pacific” (University of Hawai’i Press) and recently featured in several academic journals including the 2012 issues of Australian Folklore and the International Journal of Disaster Risk Science.