Hosted by the Discipline of Geography and Planning, UNE

About the conference theme

In geography scholarship, landscapes refer not just to expanses of physical territory but also reference the interactions between human societies and the physical environment within a more-or-less circumscribed area. The distinctiveness of a landscape comes from the co-productive activities of humans and non-human natures over time and space. In many respects, these interrelationships continue to define geography’s subject matter. The notion of landscape has served as a cohering theme in geography for close to a century, often being prefixed with adjectives such as 'cultural', 'social', 'natural', 'economic', 'fluvial' and the like to denote a particular research and teaching specialism. Given the challenges, threats and, of course, opportunities that living in the age of the Anthropocene poses, we feel it is time to reassert the material and imaginative possibilities of integrated thought and action in the generation of just and sustainable futures.

'Change' is omnipresent. It can be seen as a threat as in the current existential threats posed by anthropogenic climate change. But behavioural change is also obviously necessary to achieve social, economic and environmental justice, so change can be positive. This combined noun and verb also reminds us to attend to the nature of change: to the importance of rigour in the measurement and understanding of process.

'Challenge' recognises that we live in challenging times and spaces across a variety of fronts, from the geopolitical, economic, ecological to the existential. The term also reminds us that many of our established ways of thinking and acting in the world are no longer 'fit for purpose', are just plain unsustainable and are increasingly under challenge from competing ideas and movements (witness the recent global protest movements regarding climate change and extinction).

'Creativity' is a recognition that, in an optimistic sense, challenges can be a spur to hitherto unorthodox responses to major concerns. Creativity embodies a sense of hopefulness in our abilities to envision and enact solutions; in the truest sense of scientific endeavour it is a trait that is borne out of experimentation, trial and error and never giving up. In these senses, we see the 2020 IAG Conference at UNE as an opportunity to showcase and share creative approaches to geographical research and praxis that tackle the challenges we all face. 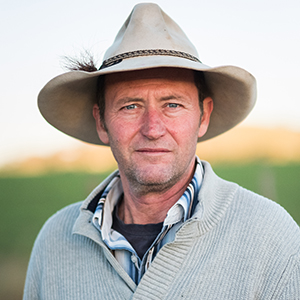 Bernie’s vision is for a country where disadvantaged youth have the support, opportunities and community connections they need to participate in society in a meaningful way.

With over 25 years’ experience working with some of the most disadvantaged young people in rural Australia, Bernie certainly knows a thing or two about what it takes to make real impact and achieve life-changing results for young people. Determined to turn his vision into a reality, Bernie founded BackTrack – an innovative program helping young people break the cycle of abuse, family dislocation, drug or alcohol abuse. Based on the simple premise of mateship, a sense of belonging and a sense of purpose, Bernie started BackTrack with nothing except the determination to make a real difference.

BackTrack fills critical service gaps that currently exist in rural communities and works to address a range of social problems, including alternatives to lockup, education for kids disengaged from the education system, safe accommodation for homeless young people, pathways to reengage with community and achieve real life skills and pathways to employment. Bernie has witnessed the growth of so many young people in the community and as he says, “For confirmation that BackTrack works, trot down to the Shed anytime and look into the faces of our champion young people, and prepare to be inspired…”

Bernie was recently awarded the 2020 NSW Australian of the Year in the Local Hero category. Professor Harriet Hawkins’ research explores the geographies of art works and art worlds, including the methodological potential of geography’s ‘creative turn’, and the possibilities of the interdisciplinary GeoHumanities. She is interested in the histories, current use and future world making potential of ideas and practices of aesthetics, creativity and the imagination. Focusing on topics including rubbish and waste, landscape and the environment, and currently subterranean spaces, she has collaborated with a range of artists, arts organisations and communities around the world, to produce new art work, curate arts events and exhibitions, alongside producing research papers and monographs. Her current research, funded by the European Research Council, explores how art- practice based research can tackle the challenges associated with sensing, imagination and speculating on the underground, such a crucial site of current environmental challenges and future possibilities. Harriet is an editor of the journal cultural geographies, and associated editor of the journal GeoHumanities. 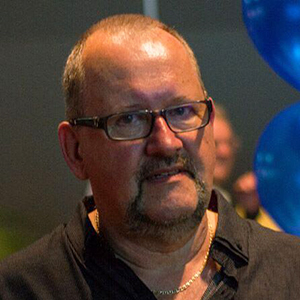 Before his current position, Professor Patrick Nunn was a Head of School at the University of New England. He has a current h-index of 43 and more than 270 peer-reviewed publications. For more than thirty years, his research has focused on climate change issues in the Pacific Islands, understanding past and (likely) future human-climate interactions and their implications for coastal livelihoods. This work also saw the publication of several books including Oceanic Islands (Blackwell, 1994) and Climate, Environment and Society in the Pacific (Elsevier, 2007). A long involvement with the Intergovernmental Panel on Climate Change (IPCC) led to Patrick sharing its 2007 Nobel Peace Prize; Patrick was a lead author on the chapter about ‘Sea Level Change’ in the IPCC’s 5th Assessment Report and is currently a lead author on the chapter about ‘Small Islands’ for its 6th Assessment. Another of Patrick’s research interests focuses on ancient understandings of environmental change and how these have been culturally filtered and encoded in narrative and myth. Australia-focused, this research led to the award (with UNE linguist Nick Reid) by the Geographical Society of New South Wales of the Best Paper 2016 in the journal Australian Geographer and in 2018 the Gold Medal of the Royal Geographical Society of Queensland, and was laid out in his popular book, The Edge of Memory (Bloomsbury, 2018). Professor Noel Castree has long-standing research and teaching interests in society-environment interactions. He is editor or author of Remaking Reality (1998), Social Nature (2001), Nature (2005) and the interdisciplinary book Making Sense of Nature (2014). His current research focuses on global environmental change and the forms of expertise deemed to be credible and relevant to public debate and political decision making. A new book entitled Future Earth: Who Speaks for the Anthropocene will be published in 2021 (by Routledge). He is managing editor of the journal Progress in Human Geography, a former editor of Antipode and an Honorary Professorial Fellow in Geography at the University of Wollongong. 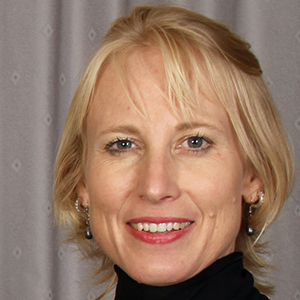 Dr Kirsten Martinus has been in city economic and business development for over 18 years. Before becoming an academic, she worked as a private economic development consultant and accredited Japanese/English interpreter in the various countries of residence of Australia, USA, Indonesia and Japan. Her work in the private sector was highly practice-oriented and policy focused with clients in private enterprise, local and State governments; she has won national awards for innovativeness and excellence. She has worked at UWA since obtaining her PhD in 2012, playing a lead role in an industry-funded research agenda for Perth, Western Australia, as well as working with leading scholars in Belgium, Germany, Canada, Japan and USA to unpack the links between resource wealth, regional innovation and global competitiveness. Her academic work balances fundamental research with applied outputs to inform strategic policy and decision making for local and state government. She continues to consult for State government in all aspects of economic development, including city productivity, innovation systems, resource inequality, and related policies. She has won several large competitive grants for her research including from the Australian Research Council (ARC) and the Federal Governments Smart Cities Smart Suburbs Program. She has an early career fellowship (DECRA) examining innovation in peripheral regions (in Australian and Japanese outer metropolitan and regional areas), and is a board member for the Australian Academy of Sciences National Committee for Geographical Sciences, on the editorial board for Geographical Research and the national co-convener of the Institute of Australian Geographers Economic Geography Study Group. She has published widely in leading scholarly journals, book chapters, as well as authored FACTBases for Committee for Perth and industry reports for national, state and local governments.

Armidale is Anaiwan Country, and the Anaiwan share custodianship of these lands with the Gumbaynggirr, Dunghutti and Kamilaroi nations.

We pay our respect to all of their Elders: past, present and emerging.

[How are you? What brings you here?]

Find out more about the Anaiwan Language Revival Program. If you would like to explore the region, visit the Armidale Tourism website.

Travel information: For travel to and around Armidale please consult Travelling To Armidale

For more information about the Armidale Campus and Facilities browse the information provided at Campus Life.

Getting around Armidale — travel options to the campus

Taxis — Armidale Cabs offers a taxi service throughout Armidale and Uralla. The phone number is 131 008. A fare from the airport to the CBD or to the University is approximately $25 (estimate only).

Buses — a bus service runs from Armidale town to the UNE campus at $2 per trip. View the timetable.

Car — major car hire companies operate in Armidale from Armidale airport or in town. You'll need to pay for parking on the Armidale campus. Casual parking is $8 per day or $15 per week.

Cycling — there are bike hire options in town and fairly easy cycling along the creek to the university. Try contacting Armidale Bicycle Centre or Bicycle Central on Marsh.

Walking — Google suggests it is a 55-minute walk from town to the campus along the creek path or nearby roads.

Accommodation is available in Armidale or on campus. The campus is approximately 5km from the central bus stop in Armidale. There is a wide range of accommodation in Armidale to suit all budgets. Please consult the Armidale Tourist Information Centre for more information.

Near the airport (private transport recommended)

There is a wide range of accommodation in Armidale to suit all budgets. Please consult the Armidale Tourist Information Centre for more information.