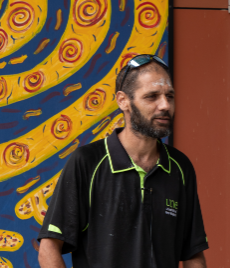 The land on which the university is built has a rich Aboriginal history, with an abundance of artefact including scar trees, stone tools and artefact scatters spread across the land. Steve Ahoy, an Anaiwan man and UNE's Aboriginal Cultural Advisor, has a particular connection to the land as his ancestors have lived in this area for generations. Steve is also an Archaeology student at UNE and his traditional and local knowledge has been a huge asset, not just to the Facilities Management Services team, but to UNE's Archaeology department. Steve shared this remarkable story about his ancestors:

"As a young boy, I was shown a location at the University of New England, Armidale NSW. During our visit I was told a story by my Great Grand Father Leonard Desilva about my Great Great Grandfather Frank Archibald.

“When Frank Archibald was a young boy, his uncles were teaching him how to make stone axes at the old campsite up at the UNE, on this day they were sitting down yarning while knapping at the basalt stone, working it into the desired axe shape, when suddenly out of the blue they noticed a ghostly figure approaching them, fear overcame the group as they dropped all of their tools and fled to another campsite, now know as the Armidale lookout.This was Frank’s first recorded encounter with a European person”.

During 2015 a Solar Farm was proposed and approved for UNE. As part of the Environmental Impact Statement an Aboriginal Cultural Heritage Assessment was carried out to investigate any connection that the local Aboriginal people have to the site and if there are any sacred sites on the property. I became involved with the consultation process and revealed my family’s story related to the site in question, the next step was to survey the site in transects to try and locate tangible evidence of Aboriginal occupation. During the survey the investigation team located 3 Basalt stone axes and other artefacts that verified the story passed down to me for generations". 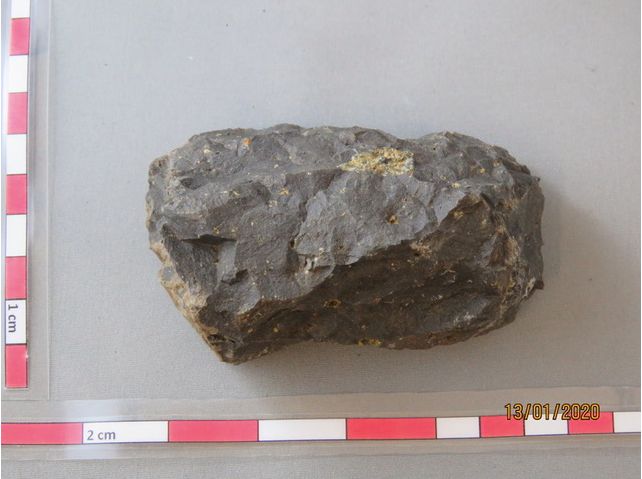